Large crude oil deposits have been discovered in the Bida Basin located in Niger state and President Muhammadu Buhari has been duly informed of this development. 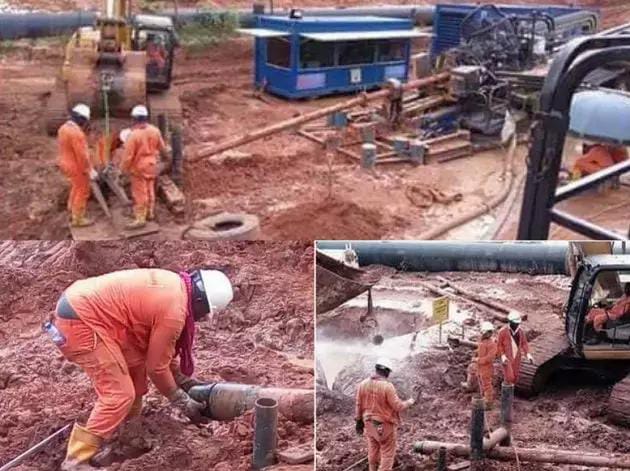 Vanguard reports that this was made known by Professor Nuhu Obaje who is the director of the Ibrahim Badamasi Babaginda University Research Centre, Lapai at the at the exhibition of raw materials and local products in the Manufacturing and Equipment EXPO Nigeria 2017, in Lagos on Thursday, March 16.

Obaje explained that his centre has introduced a technology for that will make crude oil discovery and drilling quick and that the Nigerian National Petroleum Corporation and the Niger State Government have been duly informed of the discovery of the oil deposits.

He said: “We have a technology that finds oil faster. We found crude oil at Bida Basin and we used our technology to locate more areas.

“We have communicated it to Nigerian National Petroleum Company (NNPC) and the State Government and soon, the drilling machine will muster to site

“They will use our research and produce oil faster and in abundance. Already, the Niger State Governor, Bello Sani, has written to the presidency.

“We are aware that they have acted on it. The ball is in the NNPC’s court because we are waiting for them although the response has been good so far.”

The professor explained that he and his team were at the exhibition to showcase their technology and its advantages.

He said: “We have moved to another level of application, innovation and domestication. We are here to demonstrate the research we have been doing over the years.

“We have developed a new technology of using clean coal for electricity generation, smokeless fuel production and power generation.

“We are using clean coals to stop the generation of fumes that are dangerous, so that people can use it without it being injurious to their health.

“Ordinarily, coal emits green house gases that negatively affect the climate but at IBB University Research Centre, we have had that dangerous part of the coals removed.”

“We are hoping that solid minerals and agriculture will complement crude oil as we are keying into the Federal Government’s policy of diversification.”

Dr Naomi Dadi-Mamud who is the deputy director of the centre also said they were using oil and dead plants to generate bio-gas.

“My research on bio gas renewable technology was to convert such invasive plants on water bodies, like water lilies, and turn it to something useful.

“We cut the water lilies and dry before we convert them to either cooking or chemistry gas. Soon, we will begin to bottle the biogas and sell it commercially.

“Already, with a ton of water lilies, we produce 10,000 cubic meters of bio-gas daily and our goal in the future is to increase capacity.”