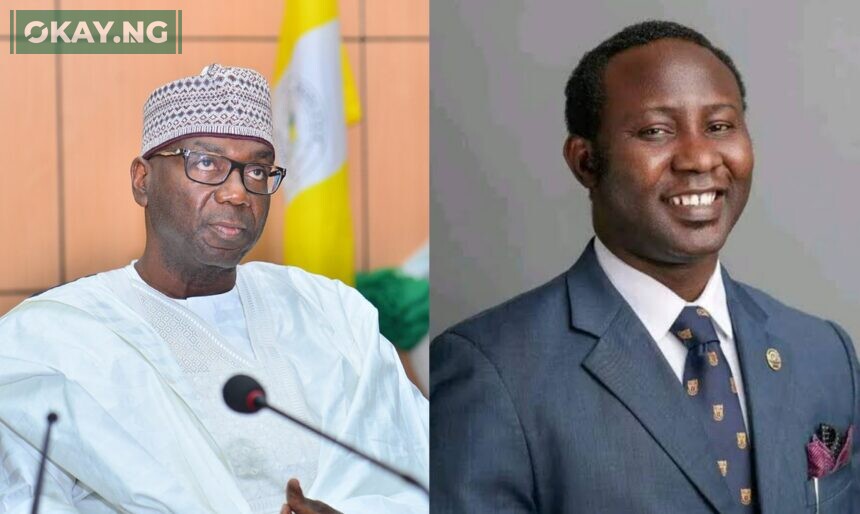 The Governor of Kwara State, Abdulrahman Abdulrazaq has described the death of Prof. Akanbi as ‘painful’ and shocking in a statement in the late hours of Sunday.

Okay.ng had reported that the celebrated Vice-chancellor died on Sunday night after a brief illness.

“The death of the Vice Chancellor of Kwara State University (KWASU) Prof. Muhammed Mustapha Akanbi, SAN, is painful and shocking but we must submit to the decree of Allah who gives and takes.

“It is against that backdrop that we mourn the Vice Chancellor who answered Allah’s call tonight. He was a true and humble servant of Allah and we beseech our God, the Oft-Forgiving and Merciful, to grant him al-jannah Firdaus.”

The late Vice Chancellor will be buried in Ilorin today, Monday, November 21, 2022 in his country home according to Islamic rites, it was gathered.

Akanbi until his death was a celebrated academic, law teacher and legal icon that has achieved so many feats at his young age, and was very passionate about academic excellence and community development.

Akanbi joined the services of the University of Ilorin in 1998 as Lecturer II and was appointed Professor of Law in the Department of Business Law in 2012.

An alumnus of Kings College, University of London, United Kingdom, Akanbi served as legal assistant in the legal unit of the Central Bank of Nigeria, Lagos State, during his national service year.

He boasted of over twenty years’ experience as an academic in the University of Ilorin, during which he also held several administrative positions.

Akanbi had over 60 national and international publications in reputable peer-review journals with a bias in Alternative Dispute Resolution and Arbitration Law. His other research areas include conflict resolution laws, corporate management law and practice.

The university don was a member of the Technical Working Committee 2013 on “An Independent Review of Evidence of Gross Violation of the Rights to Participation in Government and Fair Trial through the Election Petition Process in Nigeria 2003 – 2011,” commissioned by National Human Right Commission, Abuja, OSIWA and the Ford Foundation.

He was also a Consultant/Member of the Technical Working Committee 2012, on a research on the Legal framework on Citizenship and Religion as it affects National Integration in Nigeria’ commissioned by International Development Law Organisation, Rome, Italy.

He also served as Chairman of the Nigerian Bar Association, Ilorin Branch between 2007 and 2009.