Orji Kalu, former governor of Abia State, has with withdrawn from the race for Deputy Senate President of the 9th National Assembly.

The senator dropped his ambition on grounds that he doesn’t want to go against the party’s preferred candidate.

“I decided to throw my hat into the ring to contest for the position of Deputy Senate President after wide consultations with stakeholders, especially my political associates, friends and colleagues (returning senators and senators-elect).

“However, I use this opportunity to announce my withdrawal from the race in the interest of the APC and Nigeria at large.

“I contested and won election as a senator on the platform of the APC and as such, I cannot go against the decision of my party.

“The party, I am optimistic, will consider the South East for other principal positions in the Senate and House of Representatives for the sake of national unity.

“The South East should be ably and well represented at the top hierarchy of the 9th National Assembly.

“The 9th National Assembly will work harmoniously regardless of party affiliations to ensure that the executive and judiciary arms of government are complemented in a bid to build a prosperous Nigeria.”

Kalu also thanked President Muhammadu Buhari for his fatherly role in the affairs of the party. 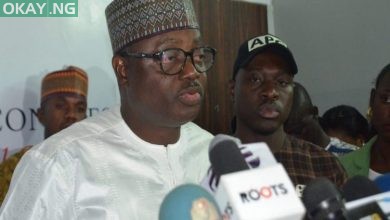 IGP gives order on investigation of footballer’s death in Sagamu