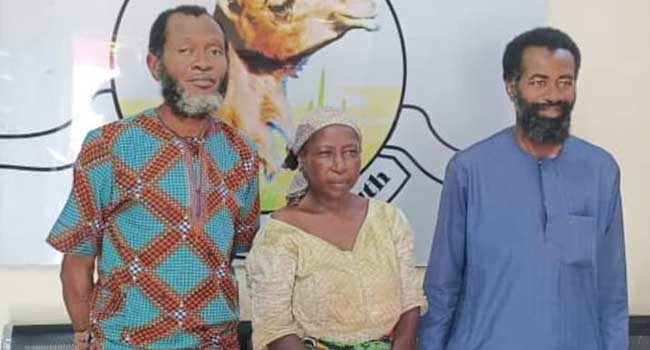 Terrorists have released three victims of 62 hostages of the abducted Abuja-Kaduna train passengers on March 28.

The victims identified as Gladys Brumen, Hassan Lawan, and Ayodeji Oyewumi were freed by their abductors around 11 am on Monday.

okay.ng gathered that they were released by the terrorists at a location inside the forest along the Kaduna-Abuja highway, where they were picked up by their relatives.

With the release of the three victims, the number of those still in captivity now remains at 40.

Recall that terrorists had on March 28 blown up the rail track, killing some and abducting scores of passengers.