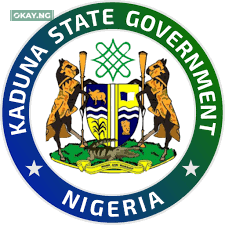 The Kaduna State Government, in partnership with Hague Institute for Innovation of Law, has commence a strategic document to ensure effective transformation of the justice system for people-oriented status.

The 60-page documents, in reference to the Deputy Governor of Kaduna State , Hadiza Balarabe, would address the critical needs of people in areas such as money disputes, police reform, crime, among others Okay.ng learnt.

The deputy disclosed this at the launch of the document in Government House, Kaduna, adding that every responsible government should be interested in the imperative of a strong legal framework with effective and efficient institutions.

She said that since it assumed office in 2015, the El-Rufai-led administration had anchored its reform agenda on many new laws and a few new agencies with many legislations being extensively and painstakingly reviewed and outmoded laws cancelled.

In a statement according to her, “Our desire for and steady pursuit of a vibrant and functional justice system led to the domestication of the Justice Policy in 2018, serving as a roadmap for ongoing reforms over the past five years. Key areas of reform include a review of the legal framework and the strengthening of associated institutions.

“Five years ago, Kaduna became the first state in the North to domesticate the Administration of Criminal Justice Law which repealed the Criminal Procedure Code used throughout Northern Nigeria. We also enacted a model Penal Code Law, in furtherance of agreements among the northern states regarding the desirability of such actions.

“Under our supervision, the Kaduna State Government has taken several steps to strengthen key institutions across the justice sector.

These include: employment of 70 state counsels at the Ministry of Justice; creation of more magistrate courts, employment of additional magistrates to man the courts, increasing the jurisdictions of magistrates in monetary claims from N500,000 to N5m.

“Creation of small claims court to expedite adjudication on financial claims and speedy resolution for debt and disputes involving the recovery of monies, creation of a mediation centre in the Ministry of Justice and in the three senatorial zones in the state, which offer free legal services to the indigent, creation of Sexual Assault Referral Centres to cater for victims of sexually-related offenses.”

“Already, we have taken steps where we established small claims court which is a court you can go and resolve simple commercial disputes or liquidated demands within one day (minimum) and 60 days (maximum).”

Chris Umar who is the Deputy Chief of Staff, Legislative and Legal Matters, Office of the Governor, Kaduna State, explained that “the whole concept behind the document is to improve people-centred justice in the state.

We are optimistic that with this document now, we can begin to add strategies, activities to the number and see how we can make use of this.”

“I’m quite optimistic that this is not the kind of document that will be swept under the carpet or kept in the study just for future researchers to scan through. No. We will implement it,” he added.

Umar, however, expressed inadequate funding, prosecutors and infrastructure, which he said the current administration had done so much to address since its inception about 7 years ago.