The Blues skipper’s return to the Italian’s line-up on Sunday ended with a red card, but the manager plans to appeal against it. 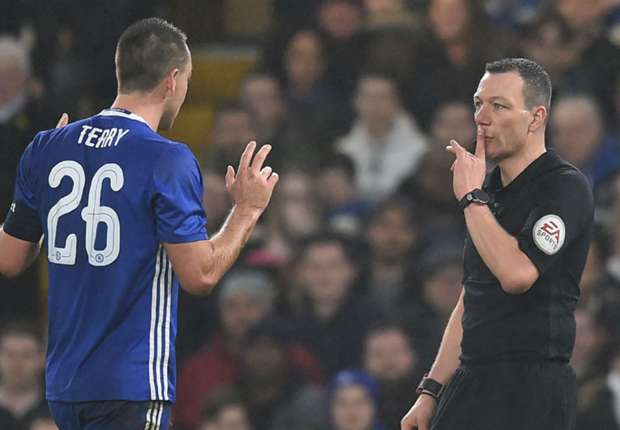 Terry’s 50th FA Cup start and his first in any competition since October ended with a dismissal from referee Kevin Friend when he brought down Lee Angol in the 67th minute.

Chelsea already held a 3-0 lead courtesy of goals from Pedro, Michy Batshuayi and Willian, but Tom Nichols pulled one back for the League One side.

Pedro ended any hopes of an comeback upset with his second goal 15 minutes from time, but Conte was frustrated to see his team play out the closing stages with 10 men.

“I think the decision wasn’t right,” said the Italian. “Firstly, he didn’t take the opponent and secondly behind John was [Branislav] Ivanovic to cover.

“It’s a pity when this happens. When you get a red card it’s not good, you have to respect the referee’s decision, but in this case maybe we will appeal because the situation is very clear, John didn’t deserve this.”

Prior to kick-off Chelsea announced Nathan Ake has been recalled from a loan spell at Bournemouth, with Conte stating the Dutchman has proved himself worthy of a place in his side.

“I called him back because I think he’s showing that he’s ready to stay in the squad of Chelsea. Chelsea is his home,” he said.

“In the last season he played with Watford, and this season he was with Bournemouth. He’s shown he deserves to stay at a great team like Chelsea. I’m pleased he’s come back.

“Ake gives me an important option because we are playing with three central defenders. He can play on the left and in the middle. It’s important to see in training sessions if he can also play wing-back.”

Batshuayi is yet to start a Premier League match this term and has been linked with a January exit from Stamford Bridge.

A goal & an assist but most important is a great win by the team ✌ congrats to peterborough and good luck for the season👍#cfc #jobdone pic.twitter.com/zcbIwXJFRX

The Belgium international played the full 90 minutes in place of Diego Costa and impressed the Chelsea boss with his display.

Conte said: “Michy played a good game. During the game he stayed with our philosophy and idea of football. He showed me great commitment and work-rate and it’s always important for a forward’s confidence to score.

“He has to continue to work in this way. He’s young, he’s improving and he showed that. It’s important for him to give me the opportunity to have another solution.”