Nickelodeon announced Tuesday that the professional wrestler and television personality is set to host the 2017 Kids’ Choice Awards, which airs live on March 11, 2017. Cena is no stranger to the award show circuit, most recently landing the coveted gig at the 2016 ESPYs as well as the 2016 Teen Choice Awards opposite Victoria Justice . 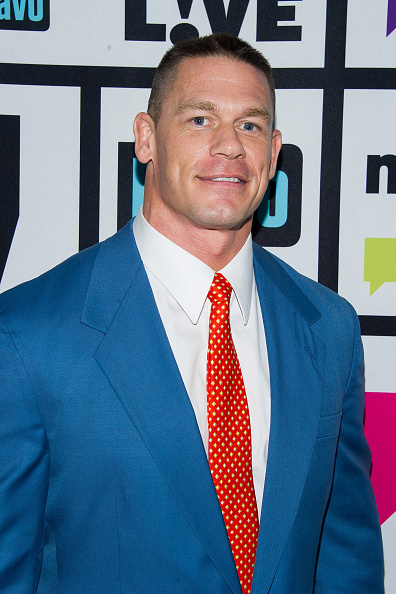 Cena brought major laughs to both memorable events, and this year’s KCAs will certainly follow suit. So what can one expect the E! star to bring to the table? Well, plenty of green slime (as is tradition at the Kids’ Choice Awards), hilarious skits and as always… more than just a small handful of surprises.

2016 Kids’ Choice Sports Awards…
With such a major news kicking off the 2017 Kids’ Choice Awards, the bar is set pretty high for upcoming announcements regarding categories, presenters and nominations. All that, plus more, is expected to be released in the coming weeks.

Country superstar Blake Shelton brought the house down as last year’s host, handing out more than 20 awards to movie, TV and music celebs including Zendaya, Jennifer Lawrence and Fifth Harmony.