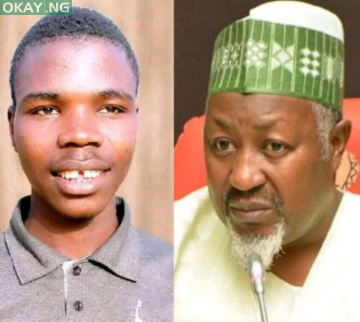 A magistrate court string in Dutse, Jigawa state has sentenced a man named Sabiu Chamo to six months imprisonment with an option of N200,000 in addition to 20 strokes of the cane.

The cheif magistrate of the court, Batula Dauda said the accused committed the offence of posting against the governor and making malicious statement about him.

According to the statement released on Wednesday by the public relations officer of the state ministry of Justice, Zainab Santali said the defendant pleaded guilty to the offence.

Okay.ng has tried checking the Facebook handle of the accused, however we didn’t see the defamation post but we saw a post where he apologized for writing malicious statements  about a politician though he didn’t mention his name.