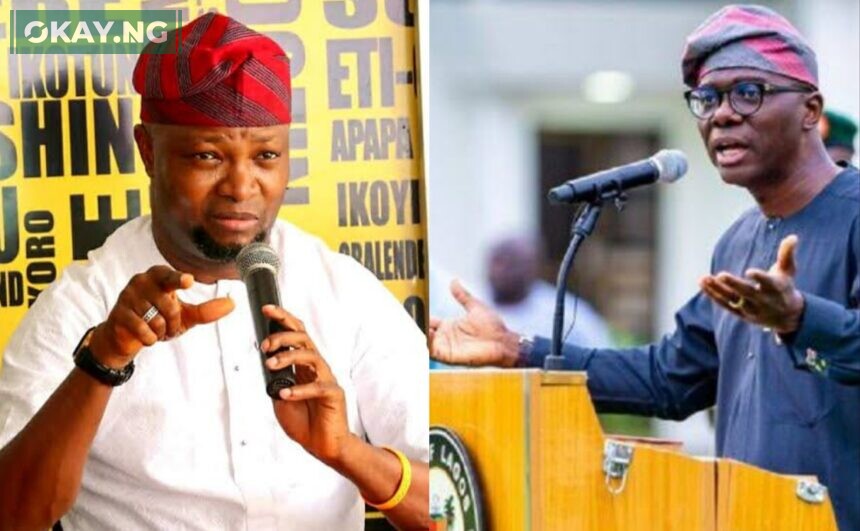 Governorship candidate of the Peoples Democratic Party (PDP) in Lagos State, Dr. Olajide Adediran, popularly called Jandor, has challenged the incumbent Governor Babajide Sanwo-Olu of the state to prove that he is medically fit to continue to govern the state by engaging in a road walk across the political wards.

Okay.ng reports that Adediran made the remark while addressing some of his supporters at Carter Street, Ebute Metta, Yaba on Saturday.

The PDP governorship candidate maintained that it is through the fitness walk that the people could assess Sanwo-Olu if he has the physical and mental health to continue to govern the state.

Adediran, who addressed the Council of Arewa Chiefs in the palace of the Sarkin Hausawa of Lagos state, urged the people to unite in voting out the All Progressives Congress, APC, adding that they cannot be intimidated to vote against their choice on election day.

He said that he was aware of the challenges the Arewa community faces in the state, promising to create enabling environment for the growth of their businesses.

Adediran said that the state government’s ban on motorcycle was counterproductive as the government did not provide an alternative source of income for the operators, condemning the profiling of a particular ethnic as criminals who used motorcycle to commit crime.

According to him, “It is wrong for the government to conclude that your people use motorcycles to commit crime. There are criminals among all ethnic groups in Lagos, it is not peculiar to your people.

“If I become Governor, instead of me to ban, I will rather sit with the Sarkins and discuss how we could fish out the bad eggs among the riders and purnish them rather than taking their source of livelihood.

“The APC government does not appreciate your economic contribution to the state that is why the governor decided to ban motocyle without creating alternative source of income for you people.

“I can assure you that my government will not operate like their own. We shall sit and discuss wayout in curbing the menace.

“If I become Governor, the Arewa community will have more appointment slots unlike now that they give one slot to you people despite living in the state for almost 30 years.”

Meanwhile, the Waziri of Shuwa-Arabs, Shiek Adam Muhammed, in his remarks, urged the PDP candidate to carry them along in his government if elected, asking what would be their benefits if they support him.

Muhammed, however, requested on behalf of the Arewa community for five commissioner slots and 57 councillors slots.

Similarly, the PDP governorship candidate visited the leadership of Christian Association of Nigeria, CAN, Lagos Mainland Chapter, where he explained part of his manifestoes to them.

Adediran said that he would tackle insecurity and ensure the safety of residents regardless of their religion, tribe and colour, adding that the excesses of the members of the transport unions would be curtailed in such a way they would channel their energy to a productive venture.

The PDP guber candidate said, “My government will not tolerate the nonsense the NURTW members are doing in the state. I can tell you that the transport unionists are misbehaving because they have the backing of the state government.

“I can tell you that if the state government wants to stop it, it will be stopped, but because the union has become tool in the hand of the government, the governor will not like to curtail their excesses.

“Yes, NURTW is a registered labour union under Nigerian Labour Congress but I will reorganise it to serve its statutory purpose and use them to address traffic crimes.”

The clergy men, who spoke on behalf of the leaders, urged Adediran to carry them along in his government if elected, lamenting that the body had always been sidelined for years.