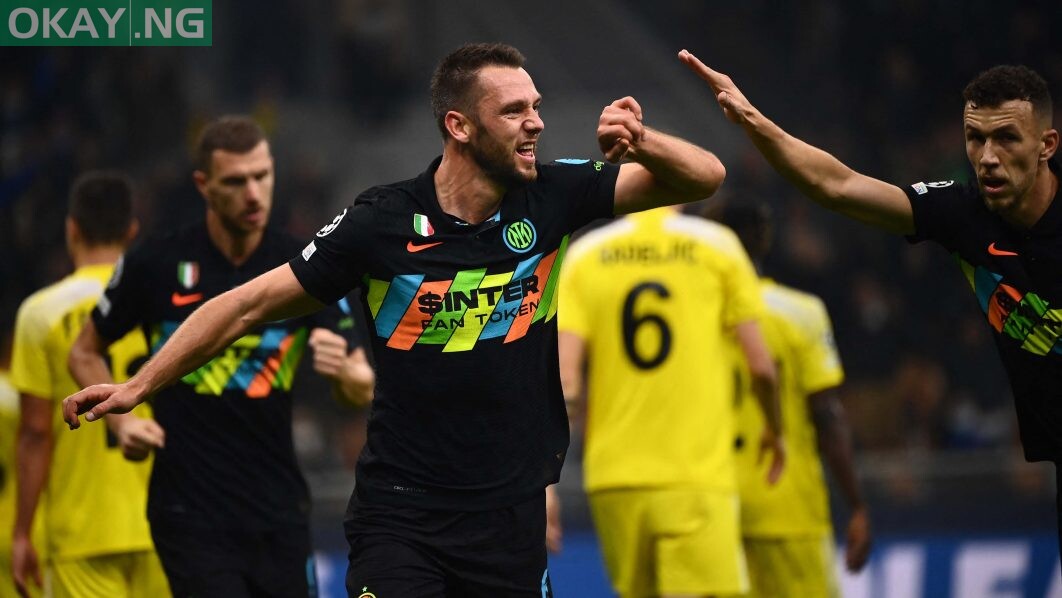 Inter Milan got their Champions League campaign up and running on Tuesday with a 3-1 win over surprise package Sheriff Tiraspol which boosted their chances of getting to the knockout stage for the first time in a decade.

Simone Inzaghi’s side were under pressure for a good result after picking up a single point from their first two fixtures in this season’s competition.

The Italian champions are the same number of points away from Real Madrid, who sit second following their 5-0 thumping of Shakhtar Donetsk, and will fancy their chances in the return fixture in Tiraspol next month after an impressive display at the San Siro.

Inter haven’t made it out of a Champions League group since the 2011-12 season and will now believe they have a good chance of doing so this year, as well as being encouraged for the visit of rivals Juventus at the weekend.

With a lot of riding on the game Inter looked nervous in the early stages but still created enough chances to be comfortably ahead at the break.

First Denzel Dumfries fluffed his lines in the 15th minute when put clean through on goal by Dzeko, taking a heavy touch that allowed Sheriff goalkeeper Dumitru Celeadnic to snuff out the opportunity.

Two minutes later it was Dzeko’s turn to leave the San Siro crowd disappointed when he lazily poked a shot straight at Celeadnic after being left all alone in front of goal.

Home fans began to vent their frustration at their team after Dumfries lashed a close-range shot into the side netting in the 27th minute but soon after they were celebrating the opener.

Federico Dimarco watched on incredulously as Celeadnic somehow got a hand to his free-kick which look destined for the top corner after being viciously swung in from the right flank.

And from the resulting corner Dzeko struck with a stunning finish, meeting Arturo Vidal’s flick on before letting rip with an unstoppable volley which unleashed a wave of relief in the stands.

If Inter thought that would cause Sheriff to buckle they were mistaken as the away side were level six minutes after the break through Thill, who scored with a free-kick to rival his late winner at Real Madrid last month.

However Inter were quickly back ahead thanks to lovely work from Dzeko, who after collecting the ball in a pocket of space in front of the area slipped through Vidal to squeeze home the second.

And the San Siro was shaking in the 67th minute following De Vrij’s superb first time finish which sealed the points and came just seconds before Luis Diaz’s strike for Porto against AC Milan was announced to delighted home supporters.

Ivan Perisic was unlucky to not make the scoreline even more emphatic when his powerful shot crashed back out off the bar, but the hosts saw out the remaining minutes to earn a precious win.