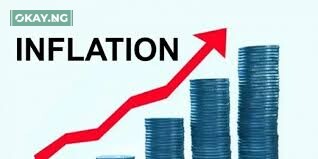 The Consumer Price Index (CPI) which evaluates the fluctuations in prices of goods, reports that Nigerian inflation rate has increased to 21.09 percent year on year in October prior to 15.09 percent in October 2021, the National Bureau of Statistics (NBS) unveiled Tuesday.

Month-on-month, the top inflation rate for October was 1.24 per cent, which was previously 0.11 per cent less than the 1.36 percent was experienced in September.

Core inflation which excludes the prices of volatile agricultural produce maintained at 17.76 per cent, up by 4.52 per cent when compared to 13.24 per cent in October 2021.

On a month-on-month basis, the core inflation rate was 0.93 per cent in October compared to 1.59 per cent in September.