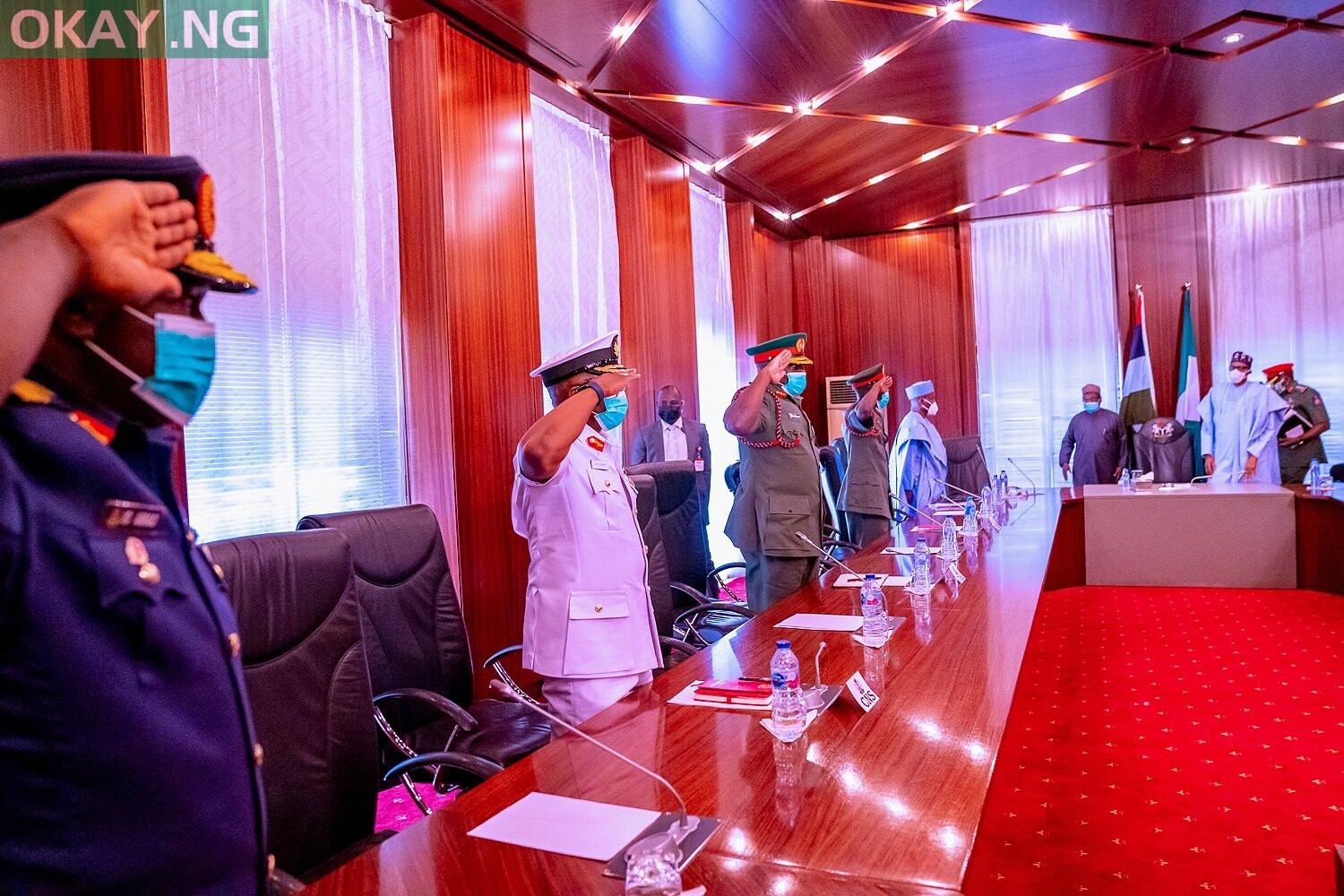 Okay.ng understands that the meeting is being held behind closed-door at the Council Chambers of the Presidential Villa in Abuja, the Federal Capital Territory.

This first meeting between the Commander-In-Chief and the new leaders of the Armed Forces is coming one day after the president accepted the immediate resignation of the older Service Chiefs and appointed new officers as replacements.

Their appointment comes after numerous calls for the sack of the former Service Chiefs over the increasing insecurity in the country.

Speaking at the meeting, President Buhari charged the Service Chiefs to be patriotic, and serve the country well.

His words: “We’re in a state of emergency. Be patriotic, serve the country well, as your loyalty is to the country.”

The President congratulated the Service Chiefs on heading their various services, adding:

“There’s nothing I can tell you about the service, because you are in it. I was also in it, and I will pray for you. I also assure you that whatever I can do as Commander-in-Chief will be done, so that the people will appreciate your efforts.

President Buhari also charged the Service Chiefs to be concerned about the morale of their officers and men, saying they should be made to feel physically and professionally secure. He pledged that Government would do its best in terms of equipment and logistics.

Here are photos from the meeting below: