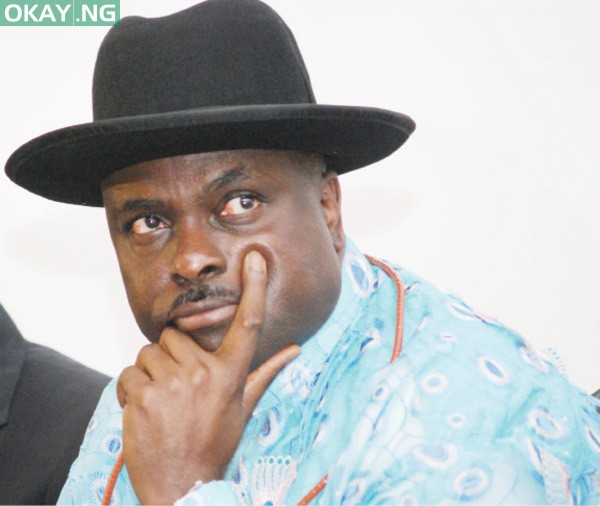 The House of Representatives has asked the Federal Government to halt the disbursement of the £4.2m – about 2.2 billion Naira that was seized from a former Delta State Governor James Ibori.

The resolution followed a unanimous adoption of a motion by minority leader Ndudi Elumelu (PDP-Delta) at plenary on Wednesday.

Okay.ng had reported that Minister of Justice, Abubakar Malami on Tuesday at the signing ceremony of the Memorandum of Understanding between Nigeria and the government of the UK said the funds would be used for infrastructural development in the country.

At Wednesday’s plenary the House collectively adopted the motion jointly moved by lawmakers from the oil-rich Delta state and called on the ministry of justice and the Attorney General of the Federation to provide the House with all particulars relating to the recovered money, while directing the House Committees on Finance, Justice, Loans, and Recovered Funds to “investigate this matter and revert to the House within two weeks.”

Moving the motion, Minority leader Ndudi Elumelu said, “The House notes that the sum of £4.2m, being proceeds of looted funds recovered from a former Governor of Delta State, Chief James Ibori, is being transferred to the coffers of the Federal Government of Nigeria for appropriation without recourse to the Delta State Government and /or parliament in two weeks’ time.

“The House is worried that if the Federal Government is allowed to appropriate the funds without recourse to the Delta State Government, the people of Delta State will be short-changed/deprived of their legitimate resources to improve on the economy of the state as well as provide the requisite infrastructural development for their benefit.”

“From all indications, information to Delta State indicate that the actual money is £6.2m and the Federal Government should ensure that the total of £6.2m is credited, not £4.2m as stated,” the minority leader said.