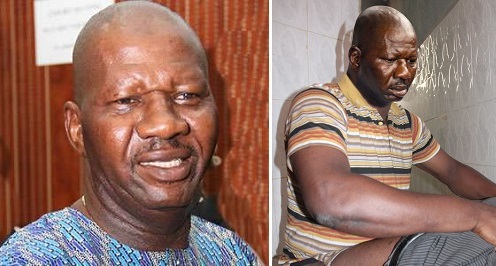 Renowned comic actor, Alhaji Nurudeen Babatunde Omidina has rubbished the take hovering that he ’ s down with stroke at the moment. He added there’ s no iota of truth in it.

Speaking with Encomium NG on Wednesday, June 14 , 2017 , the talented role interpreter expressed total dismay about the tale , calling on the general public, especially his addicted fans to ignore the tale as it ’ s nothing but a wicked rumour .

“ Thank you , Tade . God bless you for calling to confirm as well. A lot of people have also called . I wonder where they got the information . The truth is that I don’ t have stroke , nothing wrong with me. I think I am the one talking to you now , do I sound like someone who has stroke ? That ’ s never my portion.

It ’ s those who wishing me that kind of thing that will be down with stroke . I am okay , no health challenge whatsoever . Pls , don ’ t mind them . I am also using this medium to tell my fans that they should all shun the wicked rumour .

“ I am fed up of such a useless imagination . You remember not quite long they said i was dead . Am i not the one talking to you now ? They’ re the one who will have stroke not me . ”