According to Sani Datti Head Media and Public Relations (NEMA) the  twin blast at University of Maiduguri  occured around 5am this morning. 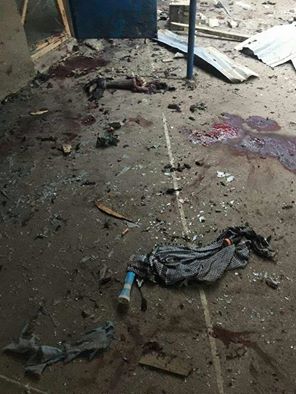 He said one of  the suicide bombers detonated his explosion  at a Mosque near Gate 1  when people were observing their early morning prayer, the  second one occurred around Gate 5 of the University.

He added that rescue and security officials were at scene and seventeen (17 )injured  victims were evacuated to  Hospital.