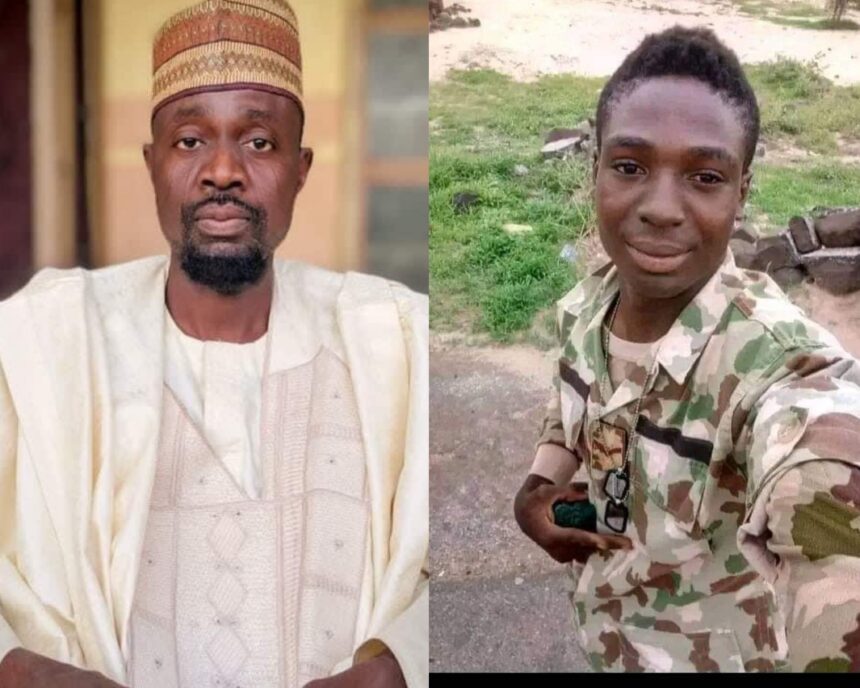 Mr Gabriel told journalists at the Yobe Police Command that he went to the checkpoint to steal.

He confessed to killing the cleric with a gun he hid inside a folded military camp bed after the cleric gave him a lift to Jaji Maji, in the Karasuwa Local Government Area of the state.

“We were approaching Jaji-Maji, so I told him (the cleric) that I was hearing a sound under the vehicle and he said he was suspecting something under it and he wanted to park and check,” the soldier attached to the 241 Recce Battalion said.

“After he parked by the roadside, he checked around and I followed him. After checking, he found out that it was not what he suspected.

”Meanwhile, I had removed my rifle and fixed the magazine when he was under the vehicle. When he didn’t find anything under the vehicle, I told him to check the back tyre, he consented, and while doing so, I pointed my rifle at him and he asked me, ‘What did I do to you?” And I responded you did not do anything to me. He asked further, ‘Do you want to kill me?’ And I said, ‘No I don’t want to kill you.’ So, he kept quiet and I fired a warning shot, thinking he would be scared and run away. But he didn’t run away. However as he made to enter his vehicle, I fired directly at him,” he said.

The police said following the investigation, the suspect and his accomplice, Adamu Gideon, will be in court.

Okay.ng gathered that the soldier was arrested for allegedly killing the Islamic cleric after he was redeployed for allegedly stealing N480,000 belonging to his commanding officer.

He was interrogated as the prime suspect in the theft of N80,000 and N400,000 on two occasions before he was redeployed to the checkpoint.