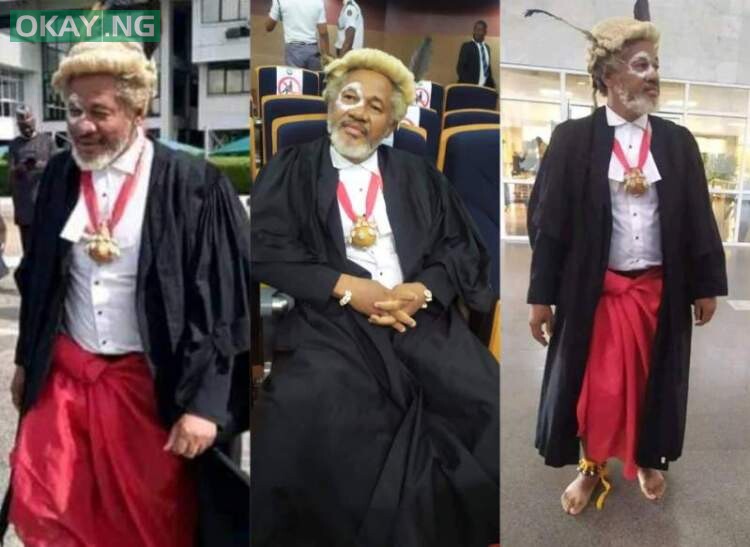 A human rights activist Malcolm Omirhobo, caused a scene at the Supreme Court premises in Abuja on Thursday.

Mr Malcom defied the dress code for lawyers by appearing on his legal robe, complemented with a traditional apparel.

The lawyer, who said he is a traditionalist, argued that his action was inspired by the ruling of the Supreme Court judgement in favour of Muslim female students wearing their hijab in Lagos schools.

“I am a traditionalist. I have been missing all along until the Supreme Court gave the judgment on Friday that people can now appear in their religious attires of worship in their school and public school for that matter,” he said in an interview he granted to newsmen.

“So, in the circumstance, I just interpreted everything and said they have done the right thing by guaranteeing more of our rights under Section 38 of the Constitution that gives Nigerians the freedom of thought, conscience, and religion from that decision that female students can wear hijab because it is the mode of their worship and any attempt to stop them from wearing it amounts to a violation of their fundamental right. I said, ‘It is good!’

“So, I said I need to also be appearing in my religious attire of worship because it is good for man to be with God all the time. This is my mode henceforth.”

Omirhobo said he will encourage others to wear their religious attires to work, expressing gratitude to the Supreme Court for the ruling.

“My children will go to school like this. I will encourage my relations, my friends; those in the army; those in the police; those in the Navy; doctors; lawyers; they will dress in their mode of worship,” the Delta-born added. “I am very grateful to the Supreme Court. I am very happy about this.”

Okay.ng recalls that the Supreme Court had given a ruling on 16th June, granting female Muslim students in Government-owned schools the right to wear Hijab as part of a guarantee of Freedom of Religious Thought & Conscience guaranteed by Section 38 of the 1999 Constitution. 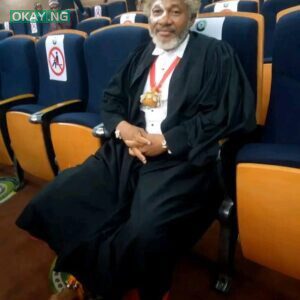 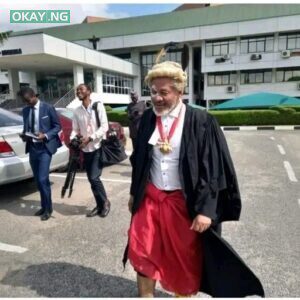