After Former Gambian President Yahya left the country on exile after too much pressure for him to step down, weapons was discovered from his home. 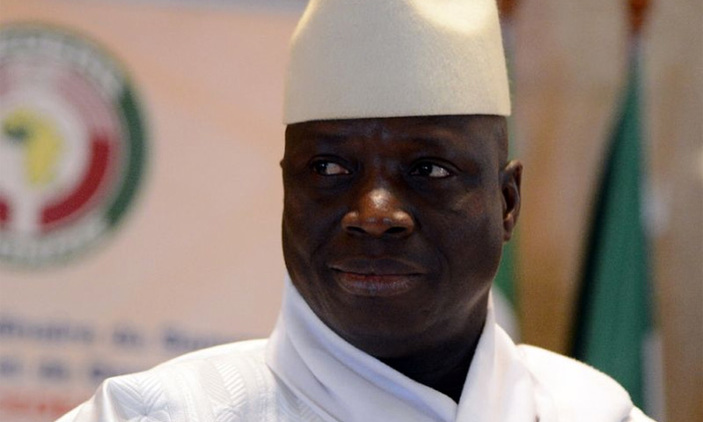 The West African force deployed in The Gambia to secure the nation’s presidential transition said Monday it had recovered weapons from the former leader’s home, and arrested a high-ranking Gambian general.

Jammeh left the country after refusing for weeks to recognise his electoral defeat to Adama Barrow, who returned to The Gambia as president from Senegal this week.

“All the weapons and ammunitions are now under ECOWAS custody. So nothing will happen there,” Ndiaye said. “The situation is under control.”

He added that since the Kanilai residence is private, “There shouldn’t be any military there. In the coming days, there will be no more military there.”

He also said that General Bora Colley, the head of a Gambian military commando unit, had been arrested in Senegal, without giving further details.

Four guards of Jammeh’s wife, Zainab, were also arrested, in the border town of Karang in Senegal, and were being held in Dakar.

Ndiaye said that Gambian officers and soldiers needed to be “screened”, including “background checks, so that we know all of them”, he said.

He added, however, that the Gambian armed forces have been “very cooperative, and we are now controlling the ammunitions and the weapons. So there is no need for us to stay longer. That’s why we are downsizing