Tennis champion, Serena Jameka Williams kicked off her return to work with victory in the first round of the French Open, her husband Alexis Ohanian and their daughter, Olympia were among the very special guests that came to support her. 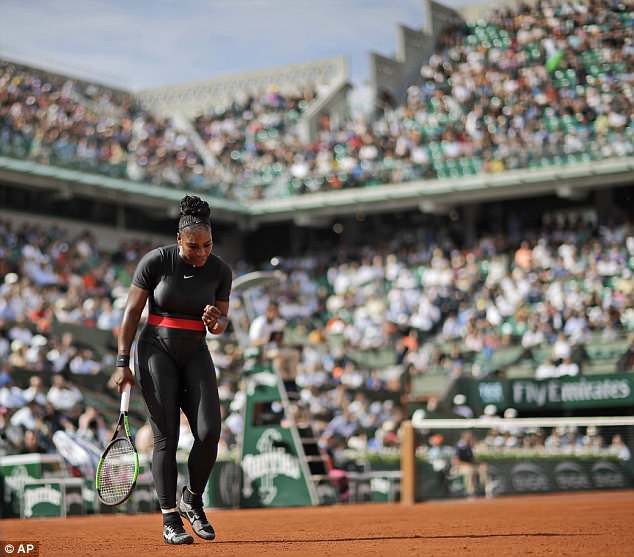 The 36-year-old American who was dressed in a black figure-hugging catsuit with a pink band around her waist, saw off world No 70 Kristyna Pliskova 7-6, 6-4 in an hour and 45 minutes.

The former World’s No 1 is hoping to bounce back to the top, after having fallen to 453rd in the world ranking after taking time out to have a baby.

‘I’m very happy,’ said Williams. ‘ She played really well, she made a lot of aces (15). Two years has been a long time but I trained really hard on the clay. I’m taking it a day at a time.’