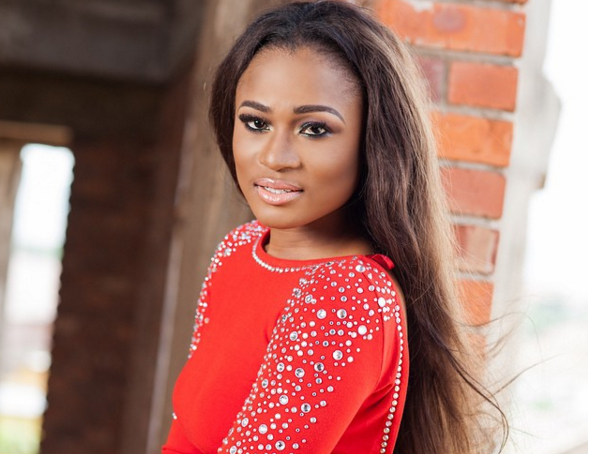 Actress Christabel Ekeh says displaying nude pictures of herself on social media was a way of introducing to the world the “new” Christabel.

The actress a few days ago boldly splashed on her Instagram page nude photos of herself in a yoga sitting position and in an almost backflip position.

These pictures which since its posting have attracted a lot of criticism and talk have been taken off the page by the app as well (Instagram).

In an interview with Joy News’ MzGee, the actress admitted,

“I noticed the page was taken down but it’s my way of welcoming everyone to the new Christabel”.

When asked who this ‘new Christabel’ was, the actress who has starred in popular movies like ‘potomanto’, and ‘sweet mistake’ answered, “it is whoever you can imagine.”

“That’s why I’m not wearing anything. So whatever you want to wear on me, that’s your imagination”.

Contrary to speculations that the actresses’ account may have been hacked into and the pictures posted by someone else, the actress took responsibility for the act.

She explained that she also “unfollowed” everyone on her Instagram because she wanted to ‘follow’ God and not people.

These recent behaviours of the bubbly actress, coupled with her claim a few weeks ago to have fallen head over heels in love with a man who kidnapped her some months ago have caused the showbiz fraternity to question the actresses’ psychological state.