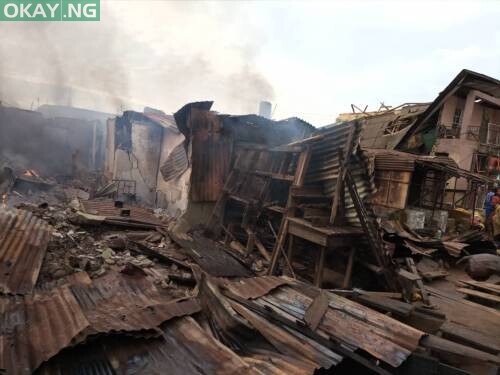 The Lagos State Emergency Management Agency (LASEMA) has confirmed the death of five persons in a gas explosion that occurred in Baruwa community, in the Alimosho Local Government Area of Lagos State.

According to reports, the explosion started from the Best Roof Cooking Gas, occurred around 5:45am on Thursday.

The Director-General of LASEMA, Olufemi Oke-Osanyintolu, speaking on the incident said the agency’s emergency response unit had been deployed in the area, adding that the explosion razed houses, shops, and a primary school.

He said: “The explosion occurred and the agency activated a response plan. Initial disaster assessment is as follows: casualties still being assessed but five fatalities have been identified so far. 25 houses that are mostly bungalows, 16 lock-up shops, and one primary school have been affected.

“Firefighters and rescue workers are operating at the incident scene. Gas emission has been identified and curtailed. Damping down is ongoing.

“Post-disaster assessment will be carried out and further updates provided.”