Okay.ng understands that the fire which started around 3am on Monday affected several shops in the market.

A source at the scene disclosed that the state fire service located just a stone-throw away and officials of the Lagos State Emergency Management Agency are on ground.

See Pictures from the scene underneath: 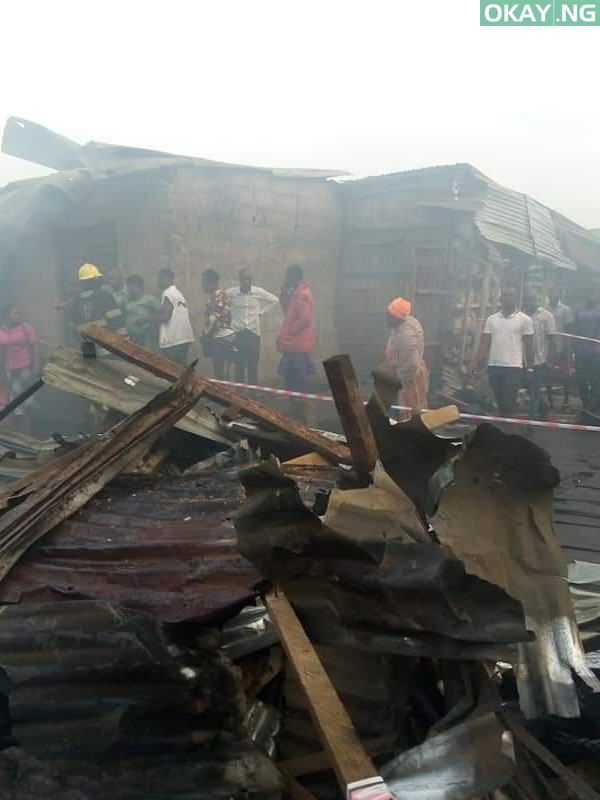 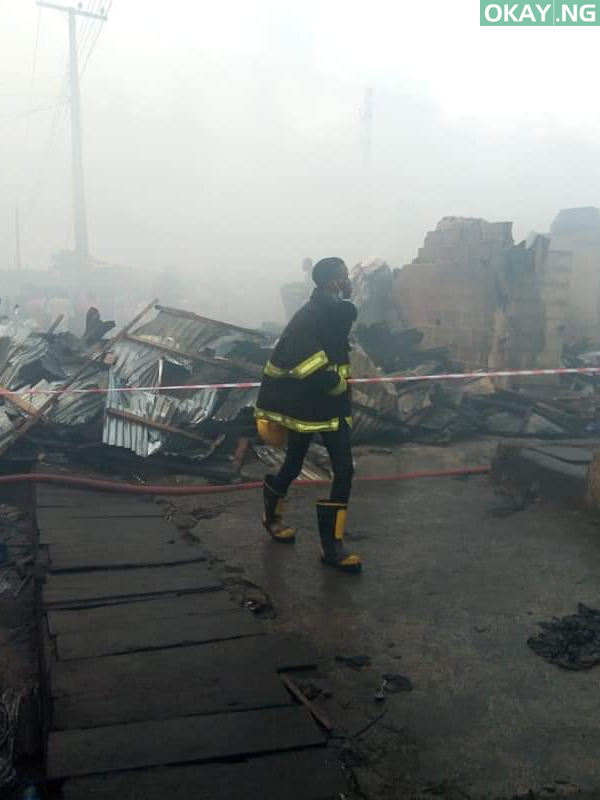 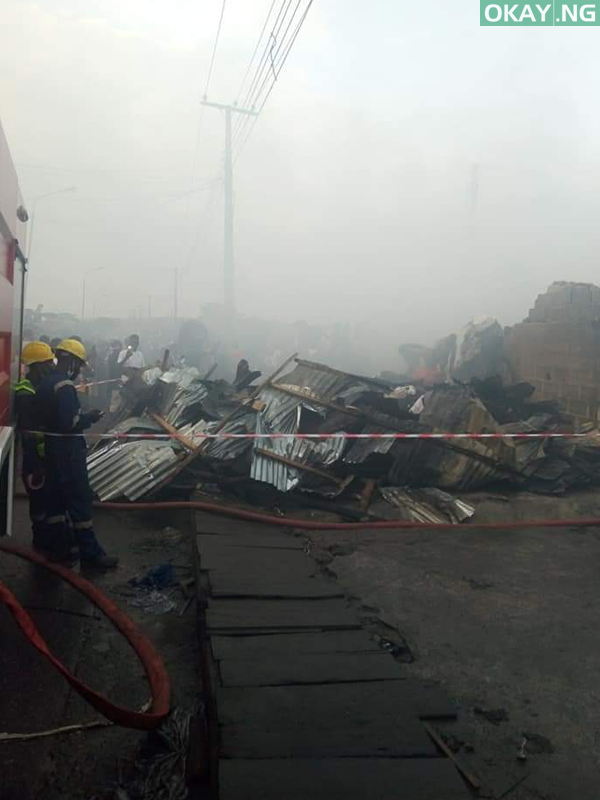 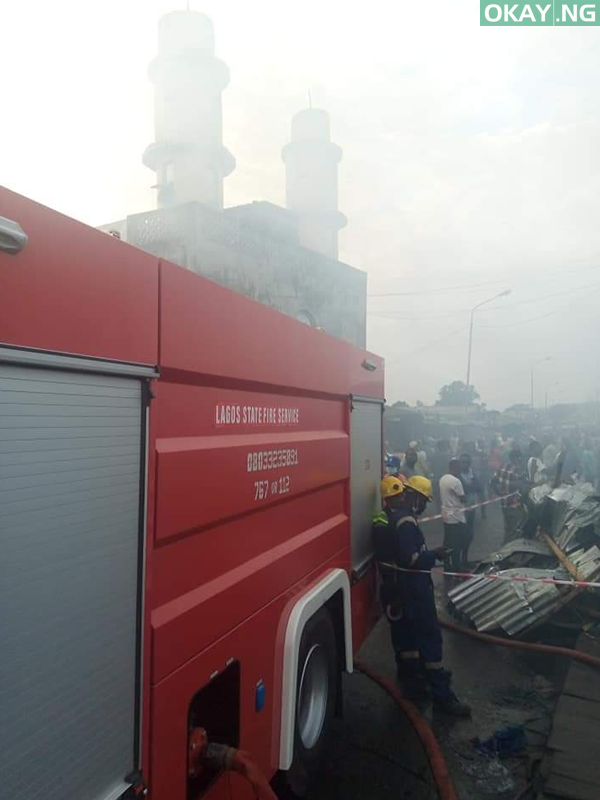