FIFA has said it would go on to suspend Nigeria and Ghana from football activities if they failed to comply with its instructions by Monday, August 20.

FIFA, in a statement by its Media Office on Tuesday said it had been notified about ongoings in the two federations, and it viewed them as “undue interference in their affairs’’.

It said Nigeria must ensure the NFF offices in Abuja are occupied by the Amaju Pinnick faction of the federation’s Congress by Monday.

FIFA, however, said whatever decision it would take would not affect the Falconets, Nigeria’s under-20 women team, who are currently in France participating in the 2018 FIFA U-20 Women’s World Cup.

This occupation has however been with the aid of men of the Nigeria Police and the Department of State Services at such times. 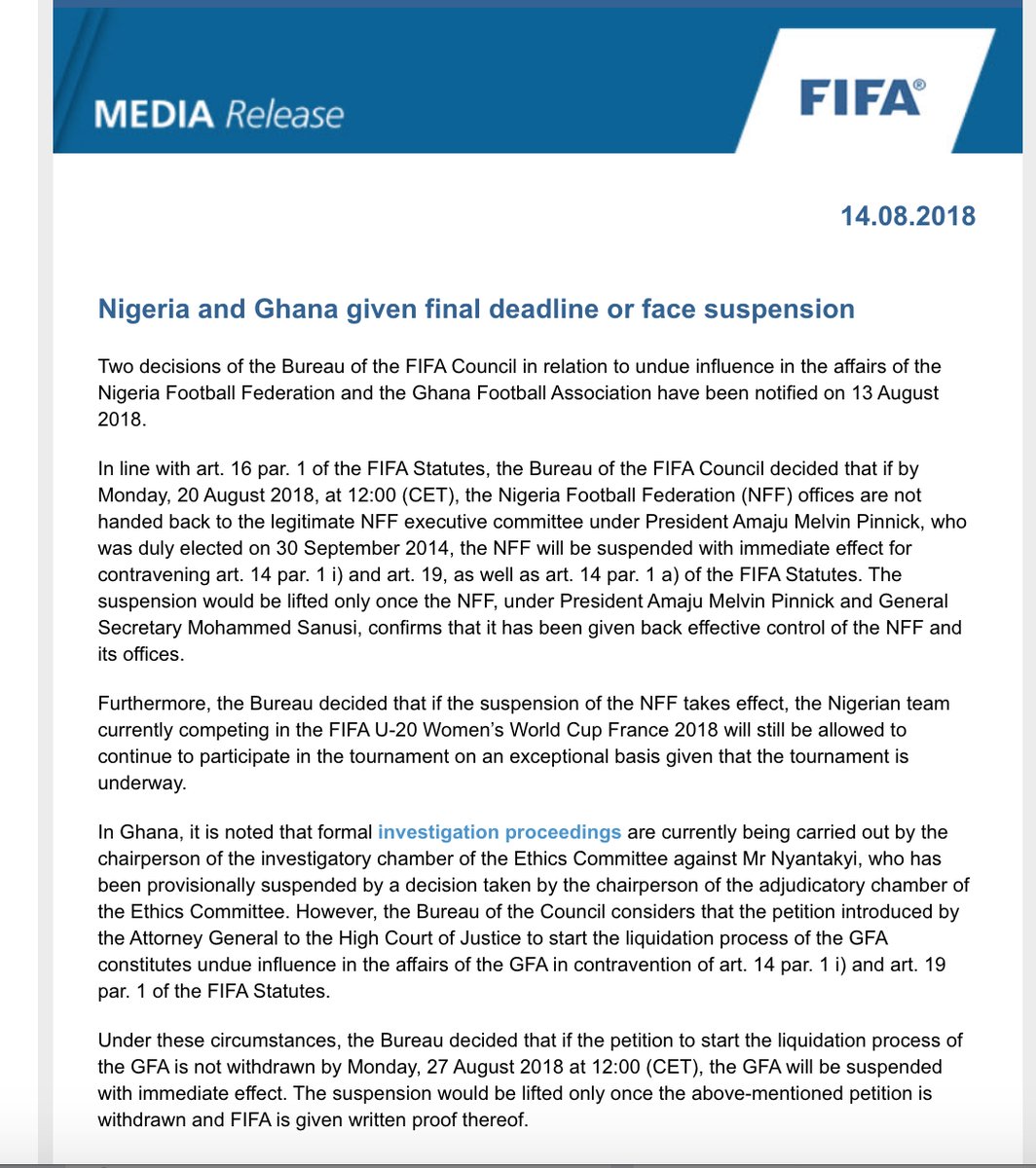