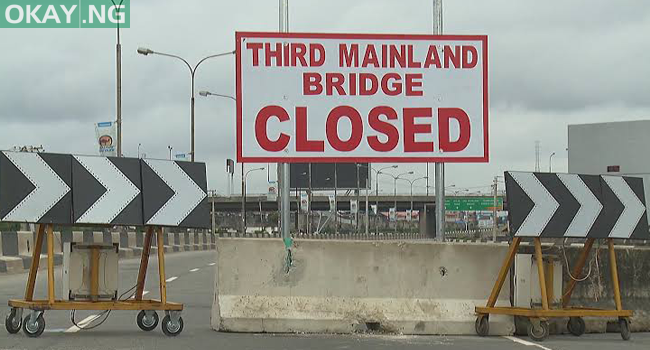 The federal controller of works in Lagos Sunday Popoola said the Third Mainland Bridge will no longer be opened on Monday but at the end of February.

Popoola told the News Agency of Nigeria (NAN) on telephone that the bridge would experience one more total closure from February 19 to 21 before completion of the project for the final re-opening by the end of February.

“Third Mainland Bridge will no longer be opened on the 15th of February 2021 as announced earlier on.

“Lane markings on the completed section must be completed.

“The Federal Ministry of works and Housing regret the inconveniences the extra days may have caused the Lagosians,’’ he said.

Mr Popoola explained that the bridge would be totally shutdown from midnight on February 19 to 21 to cast concrete on the last expansion joint.

He said that the concrete would require between three to four days to set before the final preparations to finally re-open the entire bridge to traffic.

These processes he said could drag to the end of February when the highway would eventually be opened up.