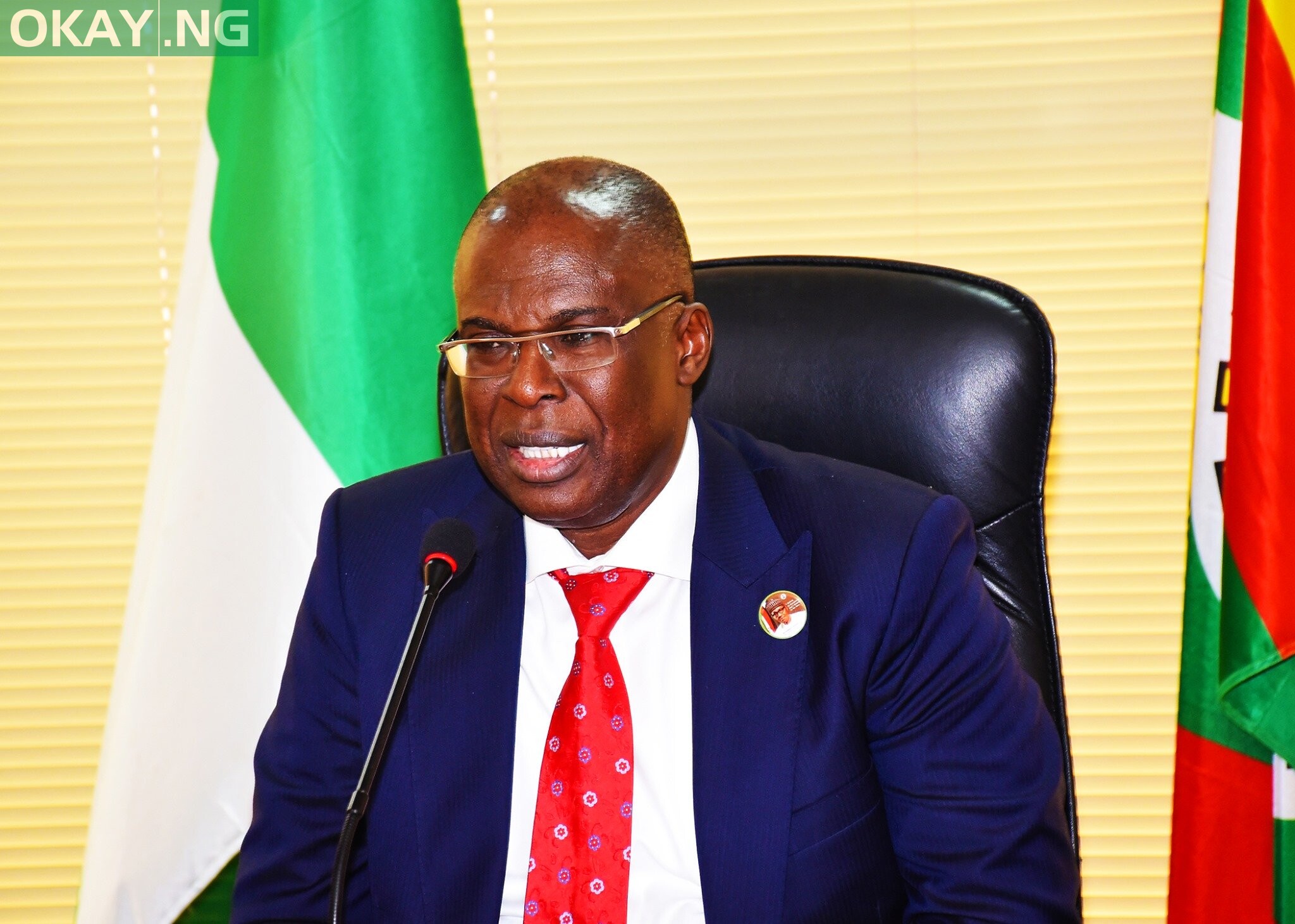 Minister of State, Petroleum Resources, Timipre Sylva says one of the key mandates of the ministry is to grow oil reserves from the current 37 to 40 billion barrels by 2025.

Okay.ng obtained that the minister said this on Tuesday at the official ground-breaking of the Oil Prospecting Licenses (OPLs) 809 and 810 at the Kolmani River II well located at a border community between Bauchi and Gombe states.

The Kolmani Integrated Development Project was inaugurated by President Muhammadu Buhari with some top government officials including governors, cabinet members, captains of industry and Nigerian National Petroleum Company Ltd. (NNPCL) officials, among others in attendance.

He said he was particularly excited at the partnership between NNPCL, Sterling Global Oil, and New Nigeria Development Commission (NNDC), to carry out the drilling campaign.

“This is a testimony of the fact that the hydrocarbons sector still holds promise of returns on investment, highlighting the role that this resource will continue to play in the global energy mix,” Sylva said.

He recalled that in 2019 when the NNPC announced that it had encountered oil in ‘commercial quantities’ at the Kolmani River well II, the nation celebrated the news as a fitting outcome for years of geological investigations.

“In spite of the enormity of challenges that NNPC was confronted with, the day has come when we can collectively witness and celebrate drilling for hydrocarbons in the North of our dear country,” he said.

He said the ministry was committed to finding and developing ways to end energy poverty, create shared prosperity and enthrone sustainable development.

“The commencement of drilling of Kolmani fields which could hold as much as one billion barrels crude oil reserve, will significantly contribute in boosting our oil reserves and ensuring our continuous energy sufficiency,” he said.

He thanked the President for demonstrating his commitment to the uninhibited development of the petroleum industry.

In a remark, the Group Chief Executive Officer, NNPCL, Malam Mele Kyari said the discovery of commercial oil and gas deposit at Kolmani oil field in 2019 was further appraised and validated by Kolmani team.

Kyari, while thanking the Bauchi and Gombe states governments and their partners, said development of framework was put in place to guarrantee financing and technology required to deliver the integrated project.

He assured the President that it would leverage every mechanism including asset based financing framework for delivery of the project for it to stand out as the administration’s lasting legacies.

The President of the Senate, Ahmed Lawan also lauded the President for achieving a landmark feat, adding the PIA in section nine, five and four provided 30 per cent of profit from oil exploration.

He urged the government to use revenue generated from oil to improve livelihood of the dwellers and also to ensure deployment of technology as well as safe environment.

The senate president, while decrying the worrisome sight of Niger-Delter region, especially Ogoni Land advised operators of the oil fields to avoid contaminating the environment.

The senate president, while decrying the worrisome sight of Niger-Delter region, especially Ogoni Land advised operators of the oil fields to avoid contaminating the environment.

In an address, the Group Managing Director, NNDC, Shehu Mai-Borno pledged commitment towards the realisation of the integrated development project.

Barot, while thanking the Federal Government for finding the company as a reliable partner for achieving energy security, said it had secured requisite financing required for the project.