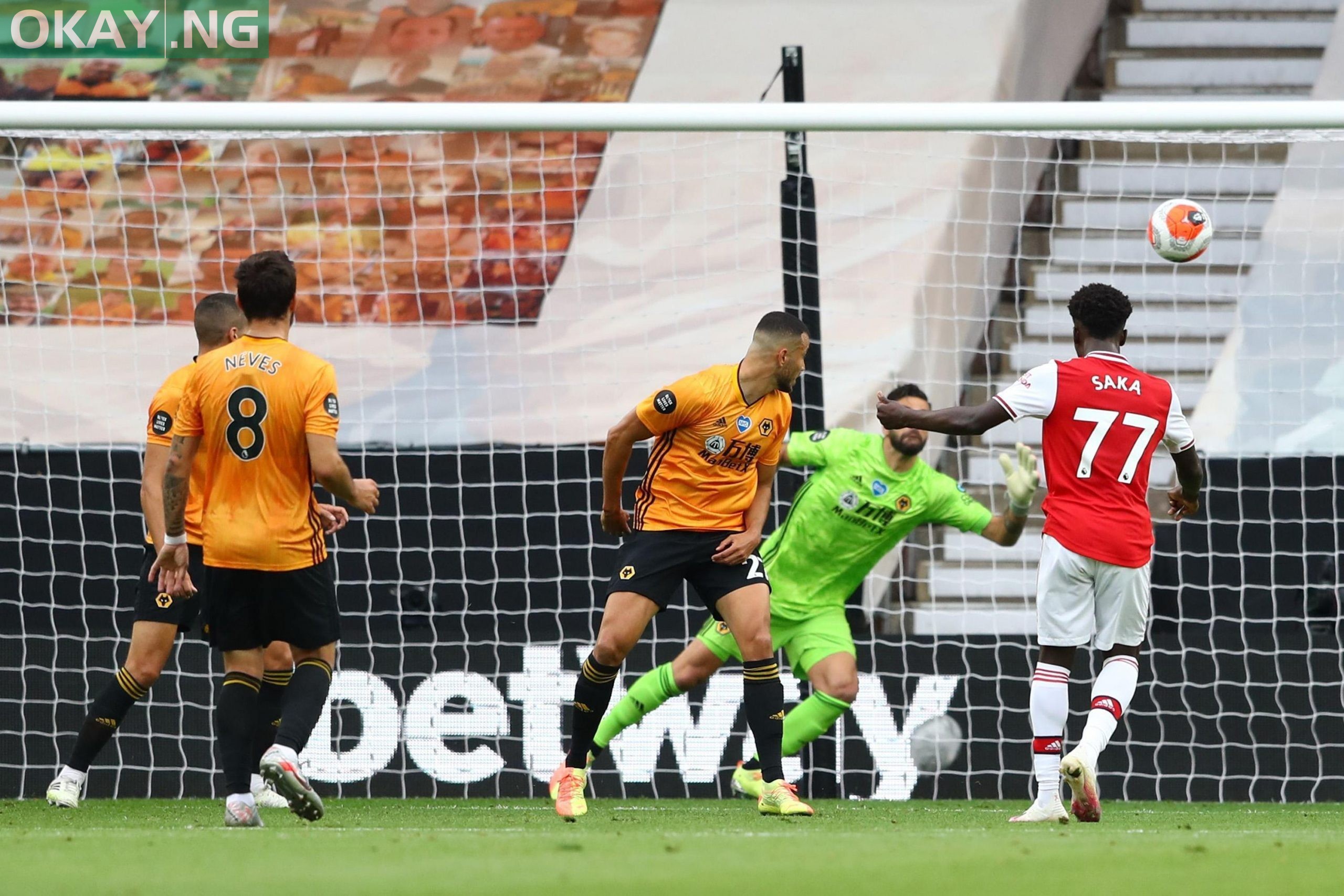 Arsenal will still believe they can qualify for the Champions League after battling to a victory over Wolves at Molineux.

A goal from Bukayo Saka, who this week signed a new long-term contract with the club, and a late strike from substitute Alexandre Lacazette extended the Gunners’ winning run to four in all competitions.

It also lifts them into seventh in the table, three points behind Wolves and six adrift of fourth-place Manchester United, who earlier beat Bournemouth 5-2 at Old Trafford.

Although Chelsea can go back into the top four if they defeat Watford, the result at least keeps Arsenal’s hopes of a Champions League return alive at the start of a difficult run of games that includes a north London derby and meetings with two of the top three.

Adama Traore twice tested Emiliano Martinez in the opening 10 minutes before Eddie Nketiah saw a shot turned onto the base of the right-hand post.

Arsenal found a breakthrough 43 minutes into a half of few chances, Saka steering a left-foot half-volley past Rui Patricio after Kieran Tierney’s cross deflected into his path.

Wolves assumed control in the second half as Arsenal dropped deeper, and Traore lifted a golden chance over the crossbar after racing through on Martinez’s goal.

The pressure continued but Arsenal’s defence, so often criticised this season, restricted Wolves to zero shots on target in the second half, which will likely have thrilled boss Mikel Arteta.

Lacazette made the win safe with four minutes of normal time left, gathering Joe Willock’s low cross and finishing across Patricio, and only a Ruben Neves clearance on the line denied Willock a third.

What does it mean? Gunners boost European hopes at start of daunting run

Given their next four games are against Leicester City, Tottenham and Liverpool in the league and Manchester City in the FA Cup, this could prove to be a huge three points for Arsenal.

For Wolves, this was a sizeable blow in their pursuit of an unlikely Champions League spot.

Saka is Arsenal’s present and future

His new deal was announced to much relief from Arsenal fans this week, but Saka is already a key part of Arteta’s plans.

This might have been just the 18-year-old’s first Premier League goal, but he looks consistently like the Gunners’ most threatening weapon.

Traore was his usual menacing self down the Wolves left, but this time the crosses to Raul Jimenez were too often wayward and he wasted their best chance for an equaliser.

Both teams now prepare for what could be key clashes in the battle for Europe. Arsenal have a meeting at home to Leicester next Tuesday, and Wolves head to eighth-place Sheffield United on Wednesday.