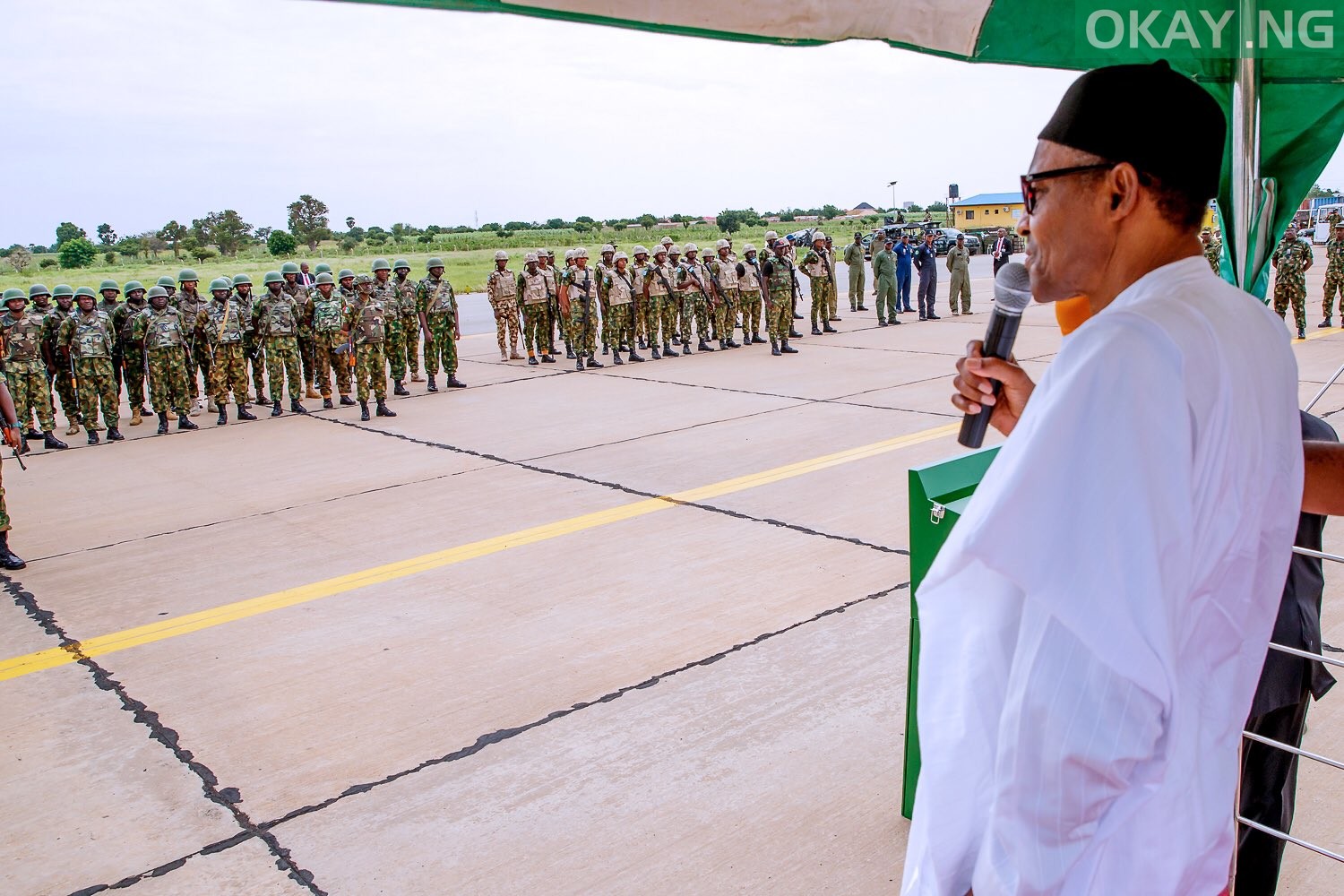 President Muhammadu Buhari has ordered the Nigerian troops to eliminate any bandit in their quest to restore peace in all part of the country.

Okay.ng understands that the president tasked the soldiers while addressing 15 officers and 160 soldiers of the 17th Army Brigade and Nigerian Air Force 213 Operational Base, Katsina, under the “Operation Hadarin Daji’’, at the Umaru Musa Yar’Adua Airport.

Buhari told the military men not to spare any bandit during their operation.

In his words: “As the Commander-in-Chief of the Armed Forces, I believe you are capable of doing it. I don’t think you should spare any bandit. Identify and eliminate them. Pursue them anywhere you can find them and eliminate them.”