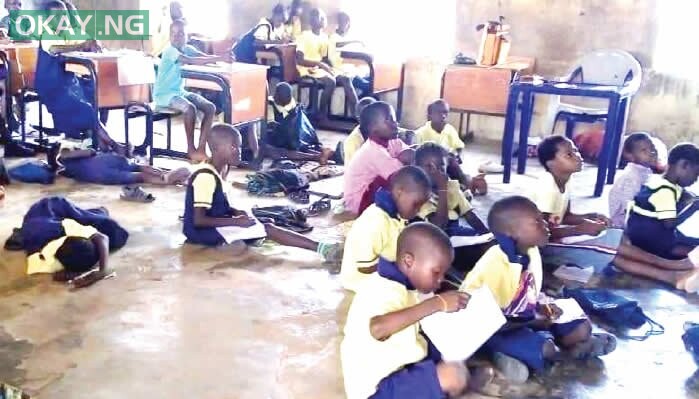 The people of Ofunmwegbe popularly called Okada junction in Ovia South West Local Government have called on the Edo State government to come to their aid.

The residents appealed to Gov. Obaseki to rebuild the only primary and secondary schools in the community which are in dilapidated state.

They also noted that several appeals in the past did not get positive response, while also decrying a situation where pupils sit on bare floor to receive lectures.

He said “The school was not fenced and that has made it possible for hoodlums to also go in there and vandalise the place. As we speak, there are no windows and all the roofs have gone bad. There are no ceilings, no chairs and the children right now sit on the bare floor to learn and because of that, many parents are withdrawing their children from the school.