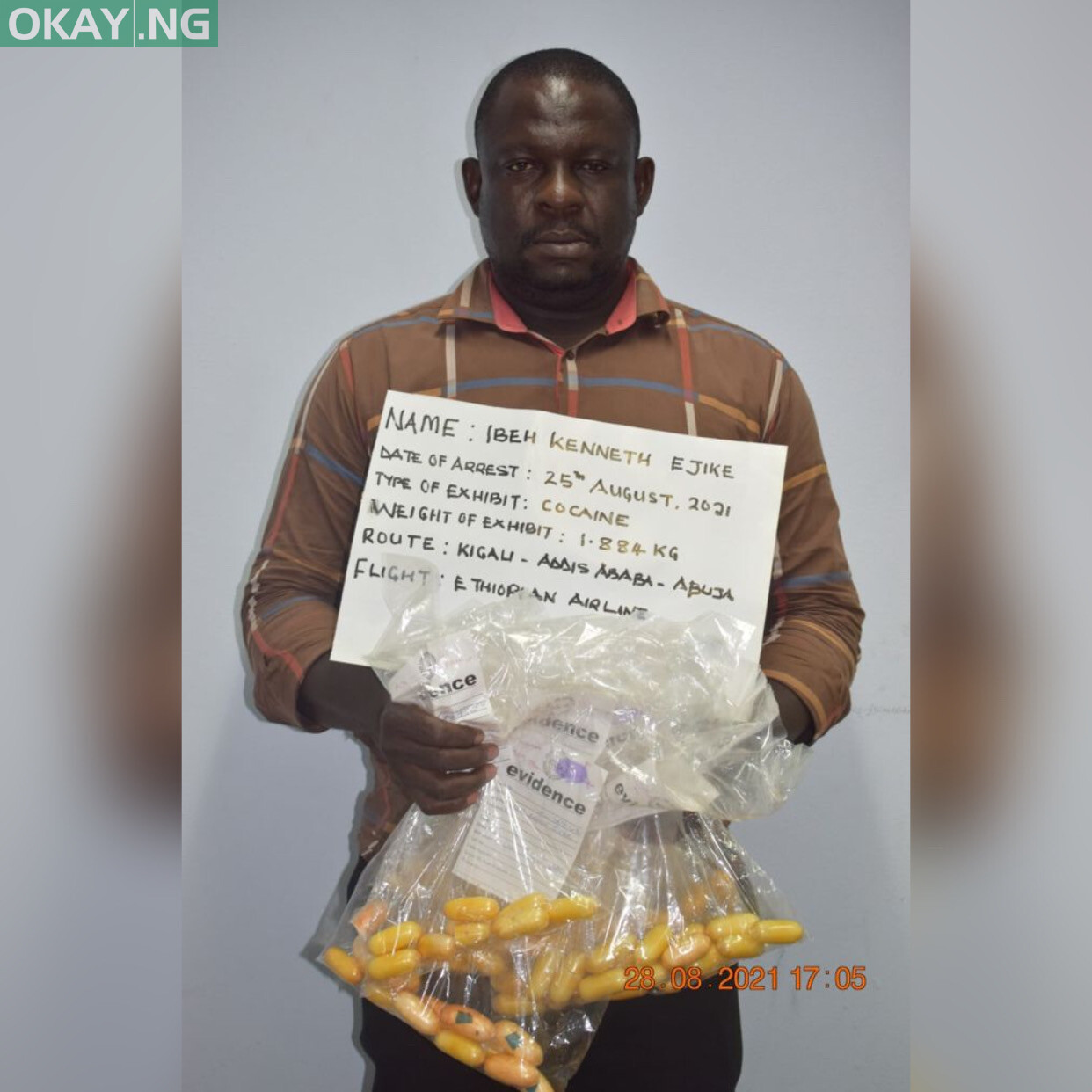 The National Drug Law Enforcement Agency (NDLEA) has announced the arrest of one Ibeh Kenneth Ejike at the Nnamdi Azikiwe International Airport, Abuja for ingesting 87 wraps of cocaine.

This was announced by NDLEA spokesman, Femi Babafemi, in a statement sent to Okay.ng on Sunday.

According to the statement, “the 41-year-old suspect who was arrested on Wednesday, 25th August, 2021, upon his arrival on board an Ethiopian Airline flight 911 from Kigali via Addis Ababa was taken in for secondary check during which he tested positive to ingestion of illicit substance.

“While under observation, he excreted 87 pellets of cocaine weighing 1.884 kilograms.