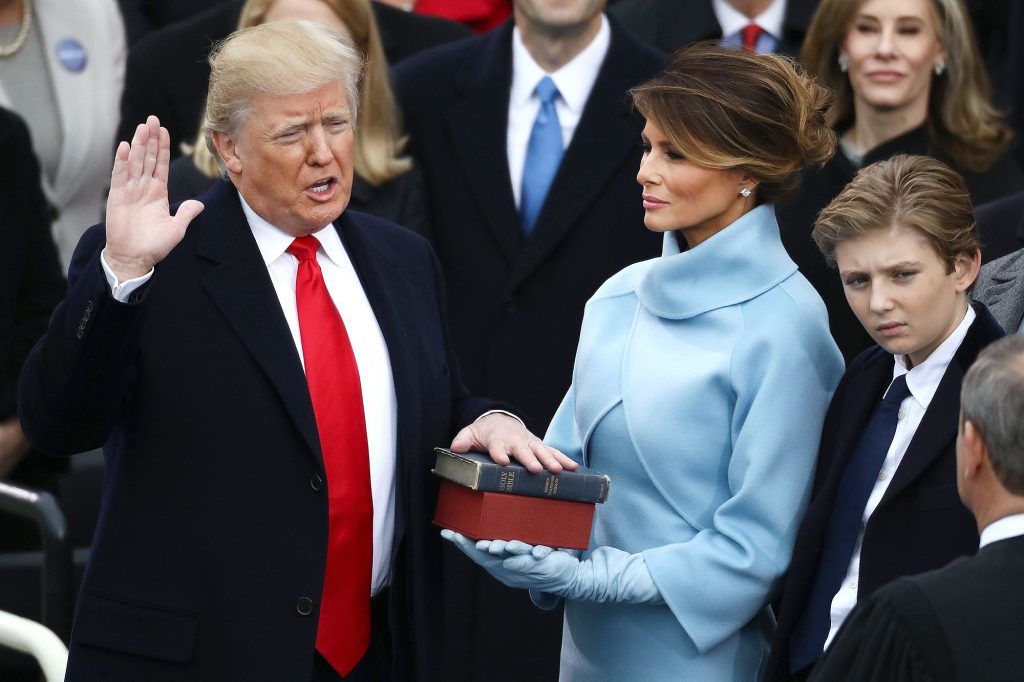 Trump was sworn in by Chief Justice John Roberts, who became the first African American Judge to administer the oath of office to an incoming President.

Trump was sworn in using the Abraham Lincoln library and his family bible. The Ceremony was attended by several former Presidents, VPs and several other VIPs.