Don Jazzy bringing in DJ Coublon to the team will be a lit one! It strengthens the production team for the label joining the likes of Altims, Babyfresh and Don Jazzy and also will be a good one for Iyanya cos’ he will continue his chemistry with the song producer. 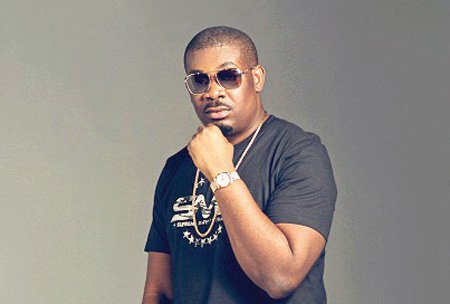 Mavin Records head hunchoo, Don Jazzy, might be looking to poach another Triple MG crew member following the recent signing of Iyanya to his label.

This time around, his finger is pointing towards the direction of record producer, DJ Coublon , who doesn’t seem to have any qualms regarding that idea.

According to Jaguda News, the Mavin Records boss is on the verge of adding the ace producer to his arsenal of music geniuses.
There might be something strategic about the intended addition if the bid proves successful.

It is possible Don Jazzy is aiming at finding the best chemistry for Iyanya, who used to work with DJ Coublon during his time at Triple MG.

The song producer posted a picture of himself in a hangout with Don Jazzy on Instagram with the caption, “Really had a great time. Thank you @donjazzy for Having us.”

The team boasts of an array of talents such as female singer, Tiwa Savage, ‘Do like that’ songster, Korede Bello, Reekado Banks and recent signee, Iyanya.

[Photos] Buhari, El-Rufai, others at NDA passing out parade in Kaduna

Adele set to end six-year-hiatus, teases fans with new music, ‘Easy On Me’