The CEO and publisher of Ovation International, Dele Momodu has written an epistle to the newly appointed APC presidential candidate Muhammad Buhari. In this long and-soon-to-be-controversial letter, Dele Momodu congratulates the former head of state for winning the APC presidential primaries. He talks about how he became a supporter of Buhari, how he believes in him, how he thinks he can bring the change Nigeria so need at this time. Read his letter below..Your Excellency, let me start by congratulating you on a keenly contested Presidential Primary of your party APC which you won resoundingly. Even if I’m not a member of your party, I’m a recent convert to Buharism, as previously explained elsewhere, and I believe every member of the opposition must join forces to work for your victory in 2015. It is for this reason and purpose that I
wish to give you a few words of advice and encouragement as one of your humble disciples. I’ve come to realise that many leaders often fail because most of their followers are usually too timid or terribly selfish that they can’t tell them the truth. It is one of the reasons I’ve refused to join any of the mainstream parties in which I may not be able to express myself freely. I assure you sir, that I seek nothing but the good of our dear beloved country in return for my modest support.Please, permit me to say, categorically, that no man can claim glory for your victory. The only one to thank is your God who gave you the uncommon attributes of integrity, modesty and tenacity. I’m aware that success has too many family members but you must be very careful to know your true blood relations. I can imagine the pressure you must be getting from every direction at this great moment in a nation of amazing politicians who already see your likely chances at the polls. It is our standard practice in Nigeria but you must be careful not to waste this incredible momentum.
I’ve been monitoring all the hullaballoo since you became victorious. I plead with you and your party operatives to act fact and hit the ground running.

Your campaign must start urgently because there are so many bridges to cross. I have no doubt in my mind that the propaganda of your opponent is evaporating so rapidly and you’ve obviously ignited a passion in our youths who seemed to have finally connected to your message of change and hope. The last time I witnessed such an upsurge of emotion and excitement was in 1993 when Chief Moshood Abiola emerged the Presidential flag-bearer of SDP in Jos. Trust me, you gave us a fresh hope two days ago.

As a media man, I’m always wary of wasting moments of glory. You cannot imagine how we kept sleepless nights because of you. Ordinary Nigerians like me kept faith with and vigil for you. I won’t be surprised if some even fasted. It was that serious. I saw Christians and Muslims pray together. It was surreal and magical to say the least. We all waited with bated breath for the results. When finally it was time to count the ballot, most of us were in suspense. We counted every vote along with Senator Babafemi Ojudu and company. And we were very impressed with the ability of the Convention committee led by Dr Kayode Fayemi, who taught INEC how to run a good election. Our joy knew no bounds as you came out victorious.

Sir, I wish to assure you that the outcome of that keenly contested election was not a fluke. You all worked hard and made your party and our country proud. We were happy to see a Nigerian politician concede defeat even as votes were still being counted. Alhaji Atiku Abubakar’s tweet was a masterstroke. It showed clearly that Democracy has germinated in our clime and we can begin to look forward for bountiful harvests in the not too distant future. We were impressed with the collective performances of Governor Rabiu Kwankwaso, Govenor Rochas Okorocha and our Brother Publisher, Sam Nda-Isiah. I pray this team spirit holds to the end. It is an attitude to encourage because it demonstrates the preparedness of those who are serious about the 2015 elections. Even the ambience surrounding the event venue was just too sweet.

My honest and humble suggestion is that you must do what you’ve promised to do, carry your party along with you and you will find the task ahead a LOT easier.  You’ve criss-crossed the length and breadth of Nigeria in the past bonding with your party members and fellow Nigerians. This is your fourth attempt and hopefully the last shot at returning to finish the job which you were wickedly prevented from finishing in 1985. In your past outings, you tried all you could but got frustrated all the way by forces beyond your control. Never mind, the time has come for you to reap the rewards of that Odysseus journey.

In your previous outings, Sir, you must have suffered a huge trauma. You were called many unprintable names because of your bluntness and inability to pretend and lie about your faith and beliefs. The one ugly label that stuck to you like a leech is that of being an Islamic fundamentalist.  Even recently, you were subliminally accused of being the prime promoter of the much-dreaded Boko Haram. But no one had the guts to frontally arrest you and prosecute you for crimes against your country and humanity. I still wonder till this day how you managed to bear all the insults and assaults against you with such unusual equanimity.
In the process of trying to prove your innocence, you went to great lengths and chose all manner of characters as your running-mates. I remember you chose a prominent and highly-cerebral Igbo Chief, Dr Chuba Okadigbo, as your Vice Presidential candidate, but that was not good enough for our people to vote for you. Instead, you were described as an incurable irredentist. Most recently, and probably out of desperation to shed off the toga of religious bigotry, you chose the fiery preacher, Pastor Tunde Bakare of The Latter Rain Assembly, as your soul-mate, but you were still not able to wash off your hands clean like Pontius Pilate. I must confess that your skin must be tougher than that of a porcupine. If there is one lesson we must all learn from you, it is that we must never give up in the face of daunting challenges. You are truly resilient and indomitable.

My dream is to see your party come together to form a kind of shadow cabinet as soon as possible.  This will also show your teeming supporters how committed you are.  The composition of your squad will reveal the kind of personalities that will eventually form your dream team in Government. From now on members of that crew will be formulating policies and commenting on issues of national economic and social importance and showing Nigerians what they should come to expect from May 29 2015.  I’ve always been an advocate of such because it additionally helps you to gather a combined synergy. Instead of relying on your personal popularity, it would be possible to tap into the energy of other members and millions of youths who are happy to volunteer for your campaign. For the first time since you started contesting in 2003, you have a nationwide spread of supporters behind you. It is almost supernatural that the Governors in your party control the chunkiest parts in Nigeria. But your biggest assets are the masses who believe in you. They must never be taken for granted because they are the voice of God.

If the APC can sustain the classy craftsmanship we saw at the Lagos Convention, I’ve no doubt that your campaign would catch the attention of most Nigerians everywhere and change the lacklustre way of organising political rallies. Your campaign must be issue based. I loved your letter to the APC Delegates. It was so soul-lifting that it went viral. It would be nice to write from time to time to Nigerians intimating them on how you plan to tackle the many problems afflicting our country. In addition you must not fear to regularly interact with Nigerians face to face when matters of national importance arise.  It is a poor leader who leaves such matters to publicists and spokesperson.  It reveals that they are insecure and unsure of themselves.  More importantly, it displays a significant disconnect between the leader and his constituents as well as a distinct lack of compassion. We have suffered too many unfulfilled promises and too many shocking denials of matters which critically affect our people.  The people have become virtually paranoid of politicians and their sugar-coated and phantasmagorical lies.
There are too many brilliant Nigerians across the world desperate to see a better Nigeria before they die. They will support you unconditionally once they key into your dream for the country. The situation of the country is so bad that everyone is expecting a miracle from God. This is the time to prove that Nigeria is not a cursed country but a truly blessed race. I’m already impressed with the calibre of people I see around you and I’m persuaded they are capable of not only helping you to win the election but also to run an effective government.

I wish you the best of luck Sir.
LET THE RACE BEGIN MR PRESIDENT
I have no personal animosity against you, Mr President. As a matter of fact, I think you have been just unfortunate to have assumed power at a most terrible period in the history of our country. I cannot write you off in the next Presidential contest. You are the incumbent with all the Federal might at your disposal. But it is going to be the biggest battle that you, PDP and indeed the conservatives have ever fought since coming to power in 1999.

If you, as the President fail in your second term bid, it would be due to several reasons. The first is that PDP has not lived up to its billing despite all the vast resources at its disposal. The money spent since then would have turned a more prudent country into a paradise on earth. But in our own case, the more you look, the less you see. Education has collapsed totally. Infrastructural decay is abysmal. Insecurity is atrocious. Corruption has shot through the roof. It is a long tale of woes.

Even those much vaunted areas that your Government promotes in our media are now being shown to be nothing more than propaganda stunts. We still have no power despite all the amounts that have been burnt in the purported attempt to provide light for our people. Our economy is in shambles.   Our international economists have totally lost the grip.  I still cannot understand how the price of crude has fallen to the level that it has and yet the domestic price of petrol and petroleum products has not fallen a kobo.  It is sacrilegious.  The one thing that is clear is that there is now no subsidy of any description so the so-called deficits in the budget should not be there.  Our voodoo economists however will tell us the contrary.  Ask them to tell you the truth because the die is cast.
The major challenge is that your supporters are also fond of threatening hell-fire against your opponents instead of trying to sell your best attributes. I can see this strategy failing already. Please, don’t deviate from your belief that the blood of Nigerians is not worth dropping for politics. Be a man of peace and not a man of war. God has been too kind to you. If He wishes, he may still retain you in power. 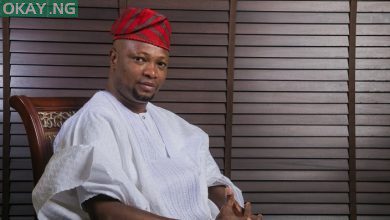 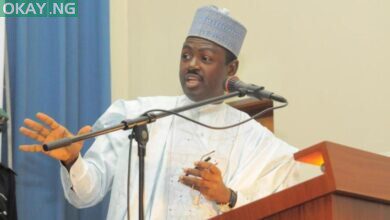 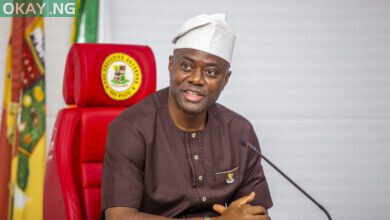