Nigerian singer, Oladapo Oyebanjo aka D’banj, has filed a suit against his rape accuser his accuser, Seyitan Babatayo.

D’banj in the suit filed by his lawyer, Mike Ozekhome (SAN), before an FCT High Court demanded N1bn for general damages and N500m for aggravated, punitive and exemplary damages.

Some of the demands made in the suit read partly: “An order of perpetual injunction restraining the defendant whether by herself, her agents, servants, employees, privies, assigns, friends or personal representatives or otherwise howsoever from further publishing, tweeting or posting to members of the public, on their Twitter handle or any social media outlets or print or electronic medium and from further tweeting or publishing the said offensive words complained of, or similar words or words to the like effect.

“An order directive the defendant to pay to the claimant the sum of N1bn only representing general damages over the untold embarrassment, derision, public ridicule, odium, obloquy, marital disharmony, mental agony and psychological trauma which the defendant’s tweets and publications have caused the claimant.

“An order directing the defendant to pay to the claimant the sum of N500m representing aggravated, punitive and exemplary damages.”

Below are documents filed by D’banj’s lawyer, Mike Ozekhome: 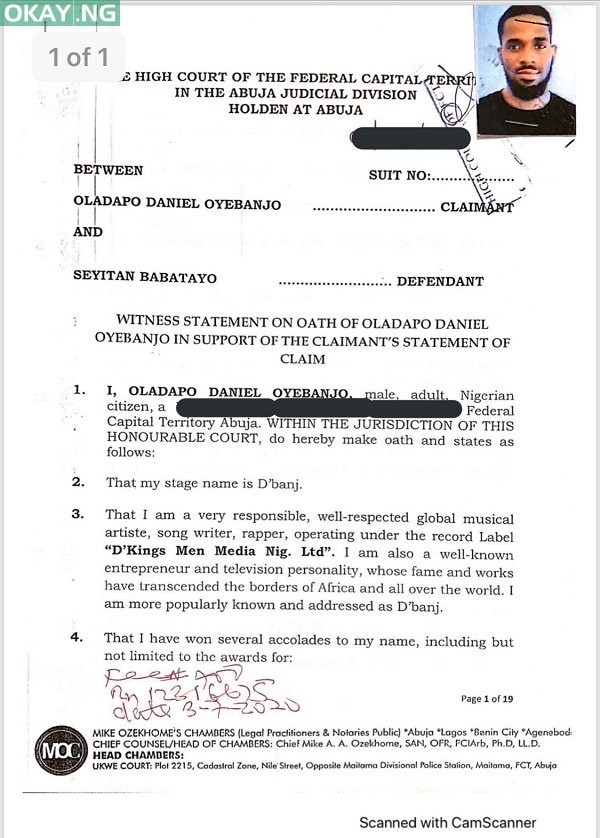 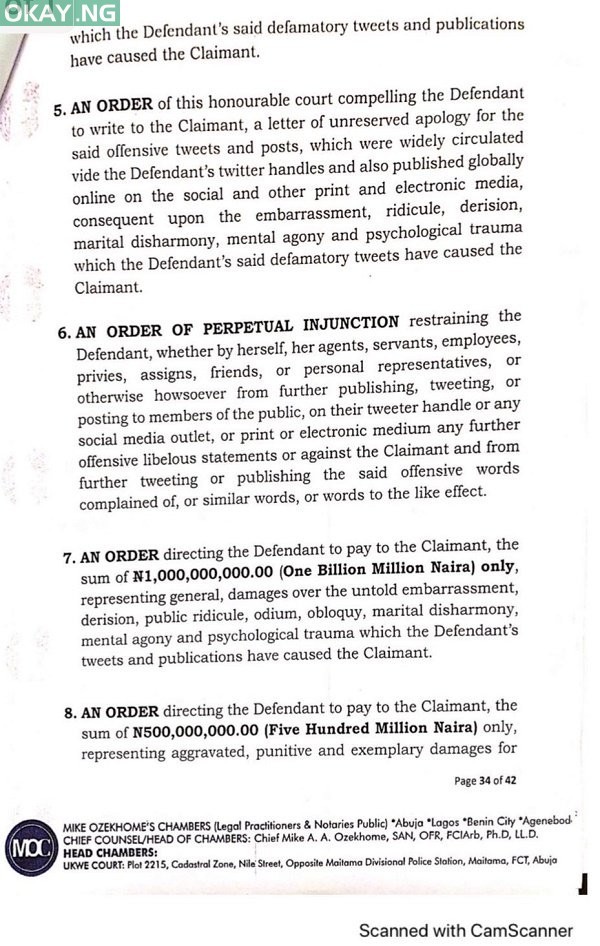 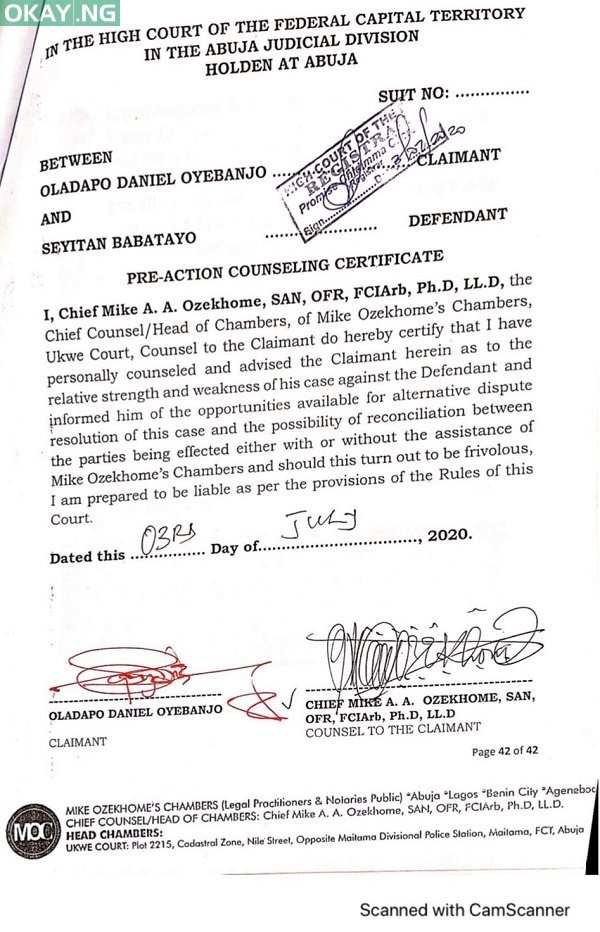