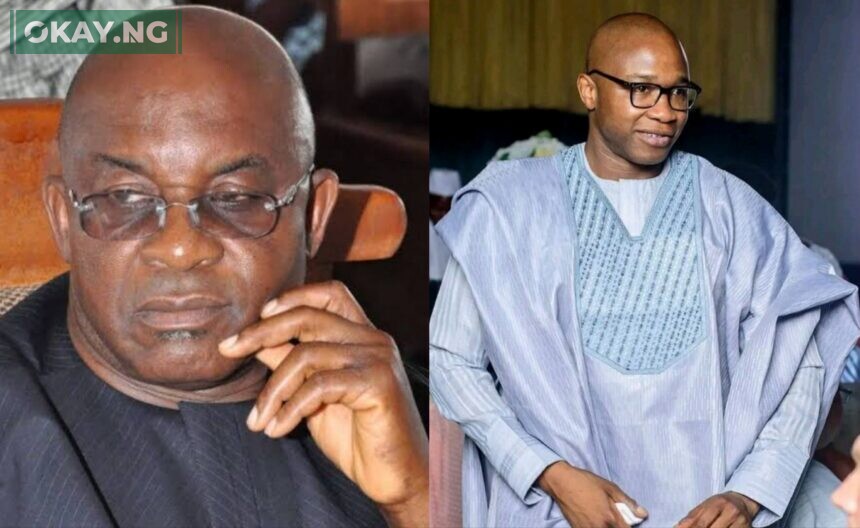 The remains of Tunde Mark, son of the former President of the Senate, David Mark, has been laid to rest in his home town Otukpo, Benue amidst tears.

Okay.ng had reported that Tunde died on Oct. 21, 2022 in a London hospital at the age of 51, had battled with cancer for over a year.

This is contained in a statement issued by Paul Mumeh, Special Adviser on Media to Mark on Saturday in Minna.

Mumeh said that the burial rites began on Nov. 9, with Service of Songs held in Abuja.

He added that Tunde’s body was accompanied by family and friends to Otukpo for a wake on Thursday, Nov. 10 and committed to mother earth on Friday, Nov.11.

Many of the attendees described late Tunde as humble and intellectual with analytical skills, who discussed to no end on virtually all subjects.

According to the statement, Most Rev. Fr. Sylvester Onmonke, during the sermon encouraged the family to have faith in God as only Him holds the power to give and take live.

Onmoke urged the parents, family and friends not to lose hope, pointing out that even though, Tunde died in his prime, he left a legacy of selfless service to humanity.

Amidst tears, Tunde’s remains were lowered into the grave at the family compound in Otukpo.
He is survived by his wife, Natsu, daughter Audrey , parents, brothers and sisters.