Bitcoin rose above $50,000 for the first time on Tuesday while European equities eased after soaring the previous day on reduced coronavirus fears and thanks to mounting optimism over US President Joe Biden’s vast stimulus plan, traders said.

Asia’s leading stock markets closed with strong gains and the dollar declined against the euro and yen.

Sterling soared to $1.3952, the highest level for nearly three years.

The euro sank to 87.06 pence, the lowest point since May.

A strong pound tends to dent London share prices because it weighs on the profits of dollar-earning multinationals.

Wall Street reopens from a long holiday weekend to catch up with Monday’s rally, which was rooted in Covid-19 vaccine rollouts, slowing infections, easing lockdowns and hopes of reopening economies.

“The return of US markets from their long weekend means that the focus for all investors will be on the Biden administration’s push for a big stimulus programme,” said analyst Chris Beauchamp at online trading firm IG.

While Biden’s spending package is widely expected to pass through the Democrat-controlled Congress, analysts have warned it might not be as big as the $1.9 trillion he proposed.

Meanwhile, with Britain and the United States leading the way in rolling out vaccines at the same time as they see a sharp slowdown in new cases and deaths, there are growing calls for governments to lift strict containment measures and get life back to a semblance of normal.

The United States on Sunday reported its lowest daily infection number since October, as Britain easily hit a key target for immunising its highest-risk people.

The European Union — which is struggling with its vaccine programme — has ramped up plans to deliver more jabs.

In London, the mining sector was also in sharp focus on Tuesday.

Shares in Glencore jumped 3.5 per cent to 292.10 pence after the Swiss giant restored its shareholder dividend despite deepening losses.

Anglo-Australian miner BHP jumped 1.7 per cent to 2,267 pence on news of soaring profit and a bumper dividend increase by the group.

Shanghai – Composite: Closed for a holiday 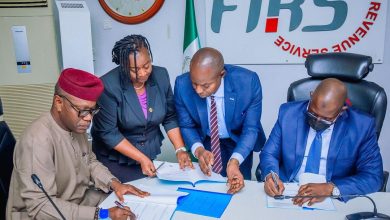