Okay.ng understands that the court led by Justice J. O. Okeaya-Inneh ordered that the PDP should not exempt any of the aspirants who have been cleared by the party from participating in the gubernatorial primary slated for the 25th June 2020.

It can be recalled that a federal high court in Port Harcourt, Rivers state, had earlier restrained Obaseki from contesting the primary based on a suit filed by a PDP aspirant, Omoregie Ogbeide-Ihama.

Ogbedie-Ihama asked the court to restrain Obaseki from contesting the primary election on grounds that he did not purchase the form within the time stated in the party’s time-table.

He had asked the court to allow only aspirants who purchased the party’s nomination form and were screened within the stipulated time to contest the primary and the court granted his prayers.

The order by Okeaya-Inneh given Obaseki a go-ahead to participate in the exercise. 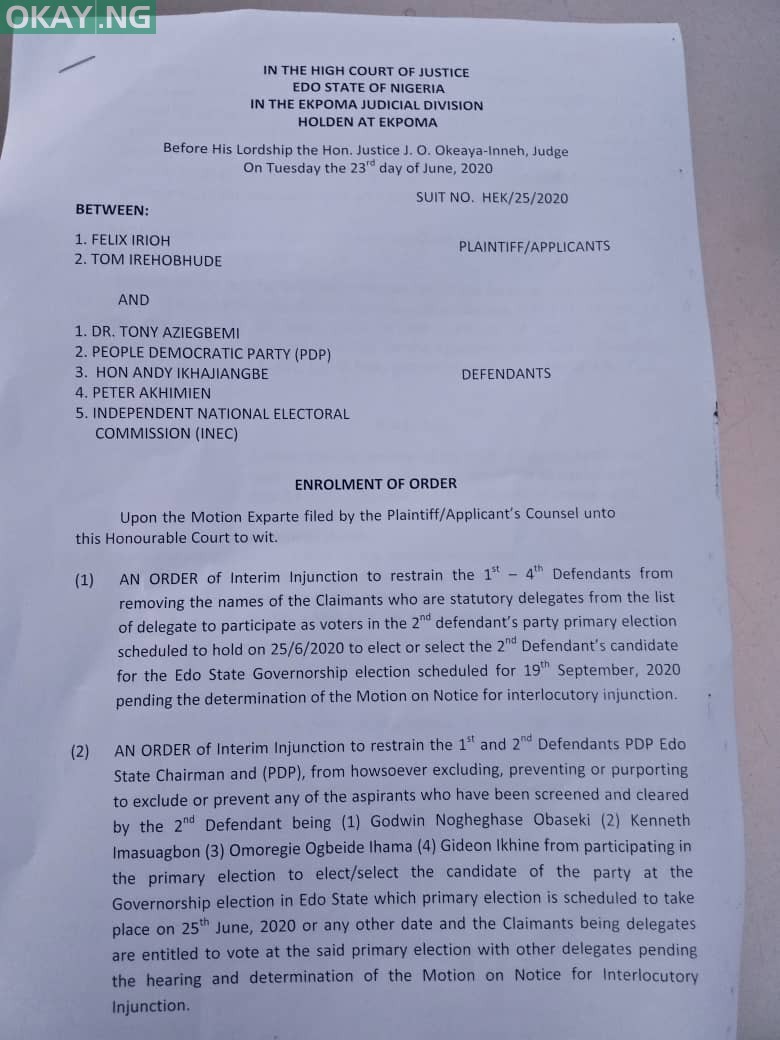 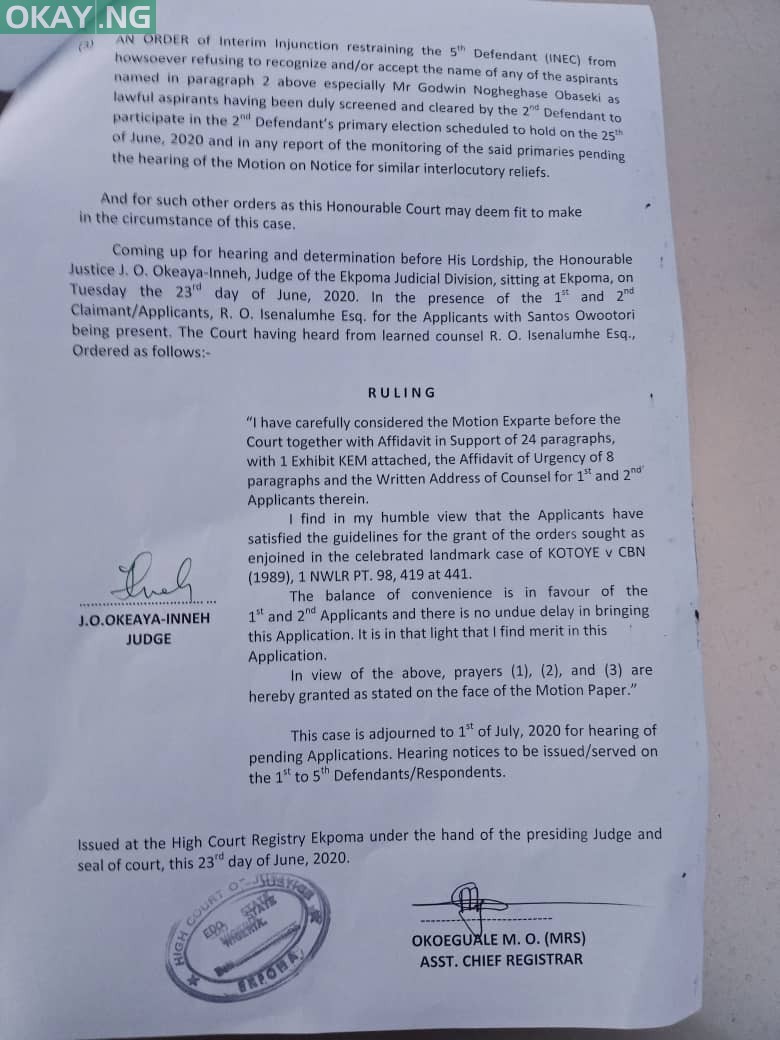 Police officer, two others killed as building collapses in Lagos