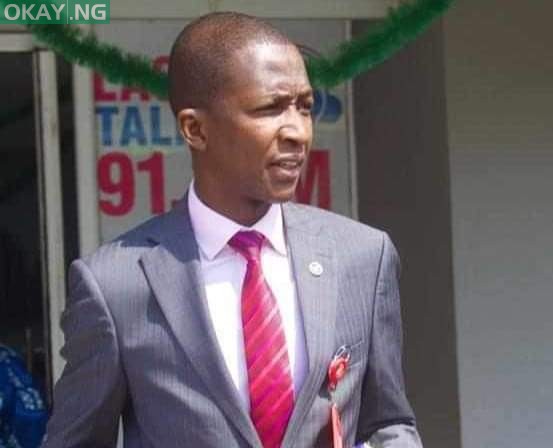 The High Court sitting in the Maitama Judicial Division of the FCT, Abuja, has ordered that the Chairman of the Economic and Financial Crimes Commission, EFCC, Mr. Abdulrasheed Bawa, be remanded in prison custody, following his alleged disobedience to a valid court order.

The court, in a ruling that was delivered by Justice Chizoba Oji, found the EFCC boss guilty of contempt of court, after it was disclosed that he declined to return a Range Rover Sport (Super Charge) vehicle valued at N40million, which the anti-graft agency seized from a former Director of Operations at the Nigerian Air Force, NAF, Air Vice Marshal, AVM, Rufus Adeniyi Ojuawo.

Justice Orji had in an order she made since November 21, 2018, ordered the Commission to return the exotic vehicle to AVM Ojuawo, who was on trial.

The former NAF Director of Operations was in 2016, docked before trial Justice Muawiyah Baba Idris of the High Court of the FCT at Nyanya for allegedly receiving N40m and a Range Rover Sport, from one Hima Aboubakar of Societe D’Equipment Internationaux Nigeria Limited.

He was arraigned on a two-count criminal charge.

Following a separate proceeding the defendant initiated against the Commission, the high court, in 2018, ordered that the seized vehicle should be returned to him.

However, four years after the order was made, counsel to the defendant, Mr. R.N. Ojabo, drew attention of the court to the fact that EFCC had yet to comply with it.

Justice Orji, ordered the arrest and remand of the EFCC Chairman over his wilful disobedience to an extant order of the court.

“Having continued wilfully in disobedience to the order of this court, he should be committed to prison at Kuje Correctional Centre for his disobedience, and continued disobedience of the said order of court made on November 21st, 2018, until he purges himself of the contempt”, Justice Orji held.

Okay.ng gathered that spokesman for the EFCC, Wilson Uwujaren, on Tuesday, said the agency would appeal against the ruling.