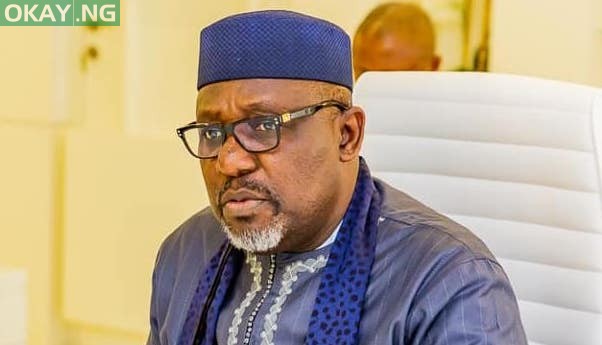 A State High Court in Owerri has ordered the final and absolute forfeiture of Royal Palm Springs Hotel and other properties said to belong to Senator Rochas Okorocha and other members of his family.

The forfeited properties are contained in pages 226 to 272 of the Imo state Government white paper report by a Judicial Commission of Enquiry on Recovery of Lands and other related matters.

According to the ruling by Justice Fred Njemanze, who was sitting as a vacation judge, Okorocha’s counsel failed to give concrete and verifiable reasons why a final and absolute forfeiture order should not be given in favour of the Imo state government.

Justice Njemanze added that the suit filed against Imo state Government by Okorocha’s counsel was not properly filed.

He also described it as a surplusage, a term in lawn which means a useless statement completely irrelevant to a matter.

Justice Njemanze maintained that the white paper gazette by the Imo state Government is a legal binding document.

The judge concluded that there was no concrete reason before it why the forfeiture should not be made absolute and final, hence the Imo state Government can go ahead and do whatever it deems fit to do with the properties.

As for persons who might have made purchase on such properties, Justice Njamanze said they are at liberty to approach the court to prove their titles.

However, the properties as of today have been returned to the Imo State Government.

This prompted Okorocha’s counsel to file a preliminary injunction to stop the final forfeiture citing forceful eviction and that the suit by the Imo State Government was not properly instituted.

Some of the properties forfeited include:

1. Eastern Palm University, Ogboko
2. Royal Spring Palm Hotels and Apartments
3. IBC staff quarters said to have been illegally acquired for the purpose of Rochas Foundation College
4. Owerri magistrate quarters, Orlu road/cooperative office/Girls Guide allegedly converted to private use housing market square and Kilimanjaro eatery
5. Public building situated at plot B/2 Otamiri South Extension Layout given to the ministry of women affairs for establishing a skills acquisition centre for women, allegedly acquired for the benefit of Nneoma Nkechi Okorocha’s all-in Mall along Aba road.
6. Plot P5, Naze residential layout, initially part of primary school management board but now annexed to All-In Mall along Aba Road, belonging to Mrs Nkechi Okorocha
7. And all the properties contained from pages 226 to 272 of the government white paper on the recommendation of the judicial commission of inquiry into land administration in Imo state from June 2006 to May 2019”.