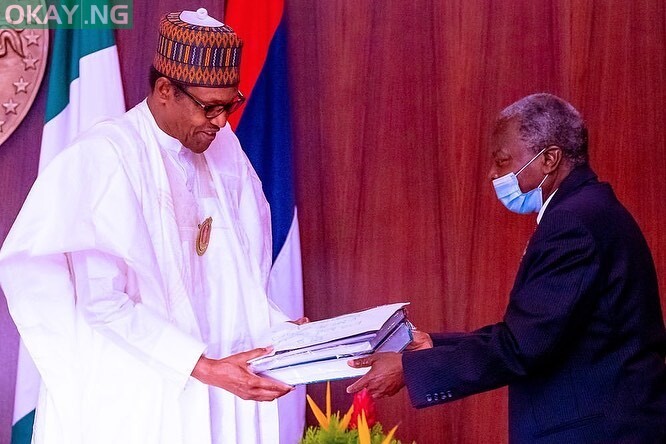 Okay.ng gathered that the president received the report at the council chamber of the State House in Abuja.

Members of the panel headed by the former president of the court of appeal, Ayo Salami, arrived at the Presidential Villa, with exhibits in about four boxes.

Recall that the Panel was inaugurated by President Muhammadu Buhari in July and was given 45 days to carry out the assignment but the timeframe was extended further after the panel requested more time.

Incidentally, the probe panel report is being submitted on the day the pioneer Chairman of the anti-graft agency, Mallam Nuhu Ribadu is marking his 60th birthday.

Magu was accused of corruption and abuse of office by the Attorney-General of the Federation, AGF and Minister of Justice, Abubakar Malami.