President Muhammadu Buhari has expressed his sadness over the death of brigadier general, Dzarma Zirkusu, and three other officers of the Nigerian Army.

Okay.ng had reported that the troops of Joint Task Force, North East Operation Hadin Kai engaged in a fierce gun battle with the terrorists which also led to the death of General Zirkusu and three other soldiers.

Buhari reacting to the incident via his Instagram page on Saturday said the men paid the supreme sacrifice in a very rare display of gallantry as they tried to help their compatriots in the war against terrorists.

He said: “I am extremely saddened to hear of the demise of Brigadier General Dzarma Zirkusu and three soldiers who paid the supreme sacrifice, in a very rare display of gallantry, as they tried to help their compatriots in the war against terrorists.

“Nigeria has lost brave soldiers. I salute their courage. May their souls Rest In Peace. General Zirkusu leaves us sad and devastated. The soldier in him will remain immortal.

“I have asked the Chief of Army Staff to accept my heartfelt condolences and that of the nation, and to convey same to the members of the families of those martyred.

“I pray to the Almighty to give the Armed Forces and the bereaved families the strength and courage to bear this irreparable loss.“ 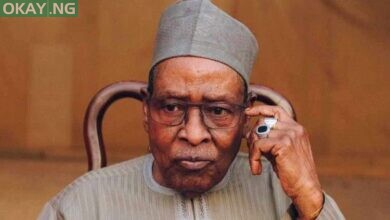