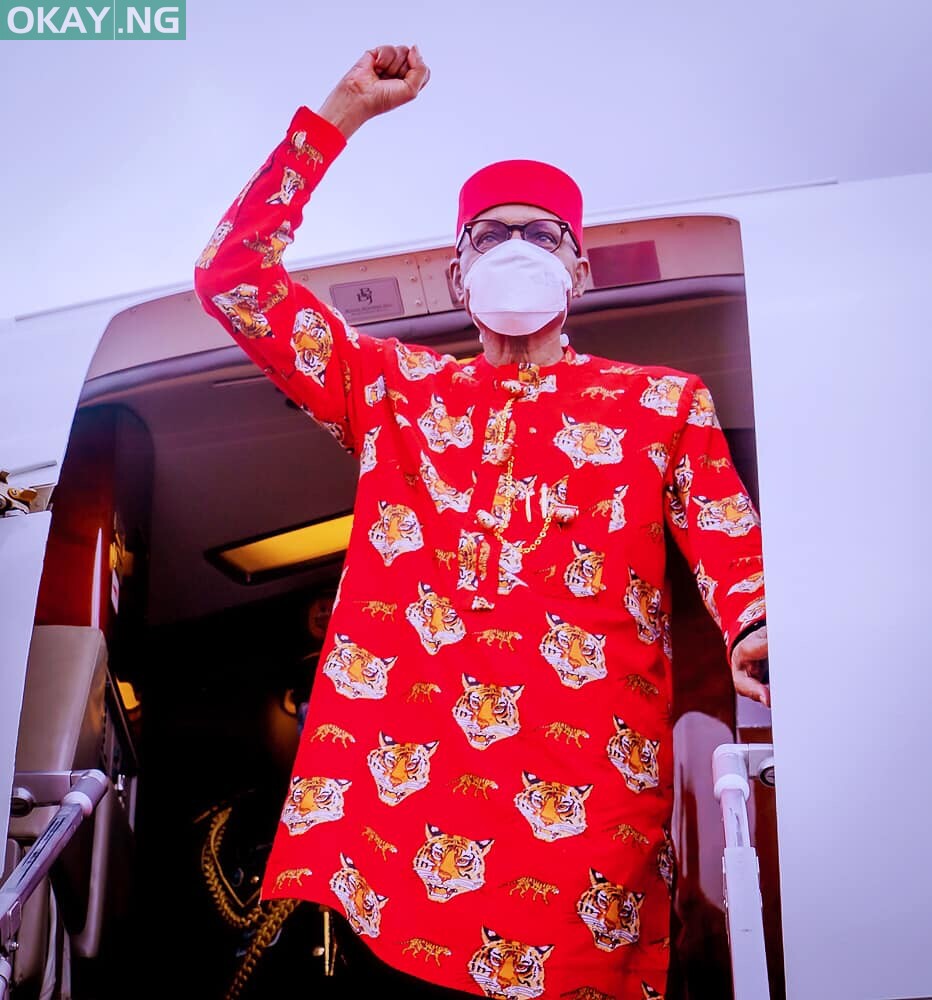 President Muhammadu Buhari on Tuesday arrived in Imo for a state visit.

Okay.ng reports that the President will be commissioning some projects initiated by Governor Hope Uzodimma.

Buhari was welcomed at the airport by a crowd comprising men in red caps and white outfits.

Women in traditional outfits are currently dancing around the venue from one point to the other.

He is expected to inaugurate the Owerri to Orlu road and other projects. He is also expected to visit stakeholders at the State House.

This is amid the sit-at-home order purportedly declared by the Indigenous People of Biafra in the region, as the leader of the group, Nnamdi Kanu, would be appearing in court today, in Abuja, the Federal Capital Territory.

It was gathered the population at the venue of the inauguration is not as massive as it would have been expected, which sources said could not be disconnected from the IPOB sit-at-home order.

However, security at the inauguration venue and the state is said to be tight today.