According to chest cancer statistics at, about 12 percent of women in the United States (that’s one in every eight women) will develop invasive chest cancer in their lifetime. According to those statistics, chest cancer is second only to skin cancer for the most commonly diagnosed cancer among women.

While these statistics sound grim, the good news is that both Stage 1 and Stage 2 chest cancers usually respond well to treatment. That means it’s important to catch it early. And to do that, you need to know what to look for. These are the chest cancer symptoms that every woman needs to know.

A lump in your chest

While checking for a lump in the chest is probably the most well-known way to check for chest cancer — and research has shown that a large portion of chest cancer survivors found their own chest cancer either through a self exam or . accident — it may not always be clear what a woman should be checking for.

The team at suggests performing a chest self exam (BSE) once per month to get used to how your br**sts normally feel. That way, if you feel something out of the ordinary, you’re more likely to know. Another important thing to note is that “lump” can be a confusing way to describe what you’re looking for. While this may make it seem like you’re looking for something shaped like a marble, lumps in the chest can range from spherical shaped, to a general “thickening” of the chest tissue. That’s why it’s important to know what your br**sts normally feel like so you can tell if anything suddenly feels off.

Although lumps in the chest are often painless, experiencing pain or tenderness in your chest may be a red flag that something serious is going on. This is different from the pain and tenderness you may feel right before or during your period.

Pain is most commonly associated with chest cancer if there is a tumor that is pushing against healthy tissue or if you have the less common form of chest cancer known as inflammatory chest cancer. If your pain is new or suddenly different from something you’ve experienced before, talk to your doctor.

A flattening or indentation of the chest

We all know that br**sts can seemingly deflate with age, however if you notice that one of your br**sts seems suddenly flat or you see an indentation in your chest tissue, you should make an appointment with your doctor. This type of change in your chest tissue “may indicate a tumor that cannot be seen or felt.”

Like the rest of the chest, your bosoms can change over time and that’s totally normal. What may not be normal is if you notice sudden changes in your bosoms such as pain, retraction (where the bosom turns inward), or discharge that isn’t breastmilk. This is because chest cancer often begins in milk-producing ducts and so bosoms may be affected more noticeably than other parts of the chest.

An important note on retraction: inverted bosoms can be totally normal in some women. It should only be cause for concern if one of your bosoms that is normally extended, suddenly inverts. Similarly, while bosom discharge may be . to something completely different and benign, if you have a lump in your chest and also experience some sort of discharge, especially discharge that happens on its own (spontaneously) and is either clear or bloody, you should talk to your doctor immediately.

There is also a rare form of chest cancer, known as Paget disease, that affects the bosoms specifically, so take special note of any major changes to your bosoms.

Changes in your chest, such as to the contour, temperature, or texture, can be a sign of a type of chest cancer known as inflammatory chest cancer. While the National Cancer Institute reports that this type of rare chest cancer accounts for just one to five percent of chest cancer cases, it is aggressive so if you’re noticing its symptoms, it’s especially important to see your doctor.

Your chest may appear red and inflamed (and warmer than normal to the touch) or may even look dimpled or pitted, like the skin of an orange. The National Cancer Institute says this type of chest cancer is more common in women who are overweight or obese and is more likely to occur in young women.

You have many moles

While having moles isn’t exactly a symptom of chest cancer, women who have more moles may be more likely to develop chest cancer, according to two recent studies.

Women in the study were classified as having: no moles; a few moles; many moles; or very many moles. Over the course of the study, researchers concluded that those with “very many moles” had a 13 percent greater chance of developing chest cancer. While the result is still inconclusive when controlling for other factors, this is yet another reason to not only perform regular chest self exams, but also regularly see a dermatologist.

While there hasn’t been much conclusive research since then to determine if constipation was a symptom of chest cancer or if something else in the body is . to both frequent constipation and chest cancer, if you’re noticing changes in how often you go to the bathroom, talk to your doctor.

Cough or hoarseness that doesn’t go away

Some symptoms of chest cancer may indicate that the disease has progressed. These may be symptoms of any form of cancer, but because chest cancer is so common among women, and may go undiagnosed for quite some time, they’re important to mention.

One sign that something may be going on is if you have a persistent cough or hoarseness that doesn’t go away. This could mean that chest cancer has spread to your lungs, which notes is one of the most common places for chest cancer to spread.

According to the American Cancer Society, a sudden and unexplained loss of ten or more pounds is often an early sign of many forms of cancer. If, however, you notice that you’re gaining weight or that your br**sts seem swollen, large, or heavy, this can also be a sign of cancer.

While your unexplained weight gain or loss may not be cancer-., if you can’t pinpoint why you’re gaining or losing weight, even after tracking your eating habits and physical activity, talk to your doctor.

Rule out other causes

Nothing is scarier than a potential cancer diagnosis. The possible symptoms outlined > are especially terrifying given that they can all be symptoms of something else entirely (and that something could be totally benign). This process of determining whether your symptoms might be . to something else is called “differential diagnosis” and for chest cancer symptoms these can include a benign chest disease such as cysts, or eczema or another rash, among many other things.

While you should absolutely talk to your doctor if you’re having concerning symptoms, remember that as we get older our bodies naturally change and start doing different things. Perform your monthly chest self exams and keep track of them in a journal. Note any odd things you find, or other symptoms you’re having, and talk to your doctor if you notice something truly out of the ordinary.

The only real way to know whether what you’re experiencing is chest cancer is to see your doctor. While you are your own best advocate for getting the care you need, and for noticing changes in your body, you can’t diagnose chest cancer alone. Seek out professional expertise to determine what’s going on with your body and what your next steps may be.

Find support if you’re diagnosed
While not a symptom of chest cancer, feelings of fear and loneliness may occur after being diagnosed. And there are countless resources online for finding a support group of other people who have been diagnosed with chest cancer. Find one of those support groups and connect with people who understand what you’re going through.

There are even some therapists who specialize in treating those who have been diagnosed with cancer and other diseases.
Remember, while chest cancer (like any cancer) is scary, there are viable treatments available…and you don’t have to fight it alone. 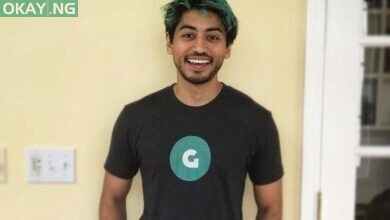 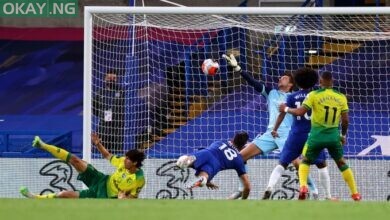 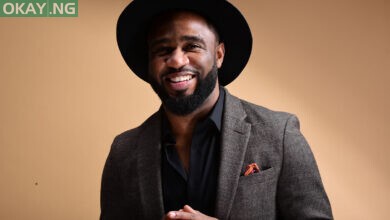