A 35-year-old woman, Hajia Hauwa Dauda, has come out to explain how she was recruited to bury bodies of her kinsmen and relatives slaughtered by the Boko Haram insurgents in Gwoza, Borno State.

According to the mother of five, she did not only witness the brutal killings of her beloved ones by Boko Haram insurgents, she was also conscripted by circumstance to bury their bodies.

Dauda, who now lives in Abuja after previously staying in one of the Internally Displaced Persons, IDP, camps in northern Nigeria, explained that most of their men in Gwoza are massacred by the Islamist militants.

She added that as a result, only the women were left and because they could not stand the debilitating stench from the decomposing bodies of their loved ones scattered all over the town, the women therefore, took it upon themselves to burying the dead bodies.

To adhere to this brief, she was meant to dig the graves and bury about 40 bodies of her kinsmen and relatives slaughtered by Boko Haram. Many of the bodies she interred were already decomposed and in bad shape.

At the last count, she had buried over 40 and when she could no longer stand the horror, until she and other captured villagers escaped to Adamawa, where they lived in one of the Internally Displaced Persons (IDP), camps before she got free transport that brought her to Abuja.

Today, she and some other escapees from the North East, live at the Dagba Village, near the Area 1 Church Village in Garki.

Narrating her ordeals in the hands of the deadly Boko Haram terrorists, Dauda said: “It was a terrible thing because they killed our boys and our men randomly. Sometime they shot them with guns, and at other times they killed them with cutlass as if they were goats.

“It was really terrible because they killed our young men daily for the slightest offense of not respecting them and so when the thing got too much, some of them decided to escape from the village.

“They used to carry heavy guns patrolling the village without any molestation and go into houses to search for men and if they find any, they kill them within seconds.

“They did not engage in killing the women and so when all the men ran away, it remained only the women and the children and dead bodies littered everywhere.

“Sometime we do not come out of our houses for five days for fear of being killed or beaten and when we feel that the town is a little bit safe, we come out to get fresh air.

“In the four or five days that we stay inside our house because of fear, we don’t sleep, we just stretch ourselves on the wall and remain like that until whenever God hears our prayers.

“And each time we came out, we would discover so many dead bodies in every corner of the village. Some would have been there for over one week and since there were no more men in the village and the insurgents were only interested in killing but not burying, we the women decided to start burying the bodies of those killed.” 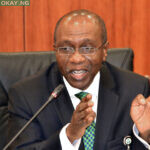