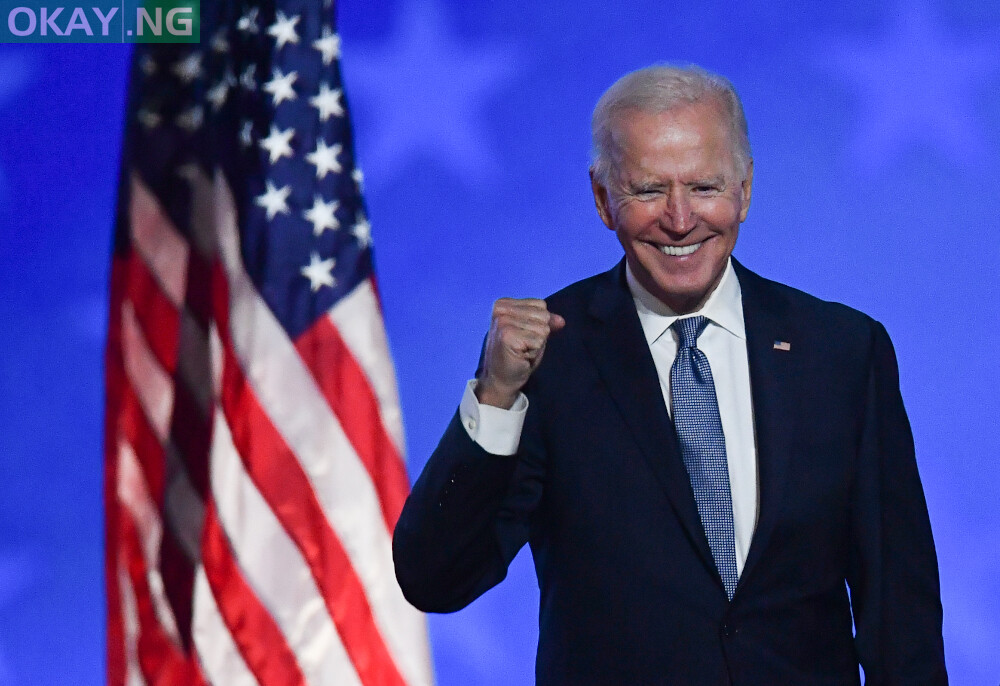 Democratic presidential nominee Joe Biden gestures after speaking during election night at the Chase Center in Wilmington, Delaware, early on November 4, 2020. - Democrat Joe Biden said early Wednesday he believes he is "on track" to defeating US President Donald Trump, and called for Americans to have patience with vote-counting as several swing states remain up in the air. "We believe we are on track to win this election," Biden told supporters in nationally broadcast remarks delivered in his home city of Wilmington, Delaware, adding: "It ain't over until every vote is counted." (Photo by ANGELA WEISS / AFP)
SHARE

Joe Biden has won the US presidency over Donald Trump, TV networks projected Saturday — a victory sealed after the Democrat claimed several key battleground states won by the Republican incumbent in 2016.

CNN, NBC News and CBS News called the race in his favour, after projecting he had won the decisive state of Pennsylvania.

ALSO READ: US election victory in sight as Biden’s lead widens in Georgia
Biden, 77, is the oldest candidate ever elected to the White House. Trump, 74, has made as yet unsubstantiated claims of massive voter fraud, and his campaign has launched legal challenges in several states.

Biden spent eight years as vice president to Barack Obama. His victory comes in his third run for the nation’s highest office.