This was announced via Biden-Harris Presidential Transition website on Monday. 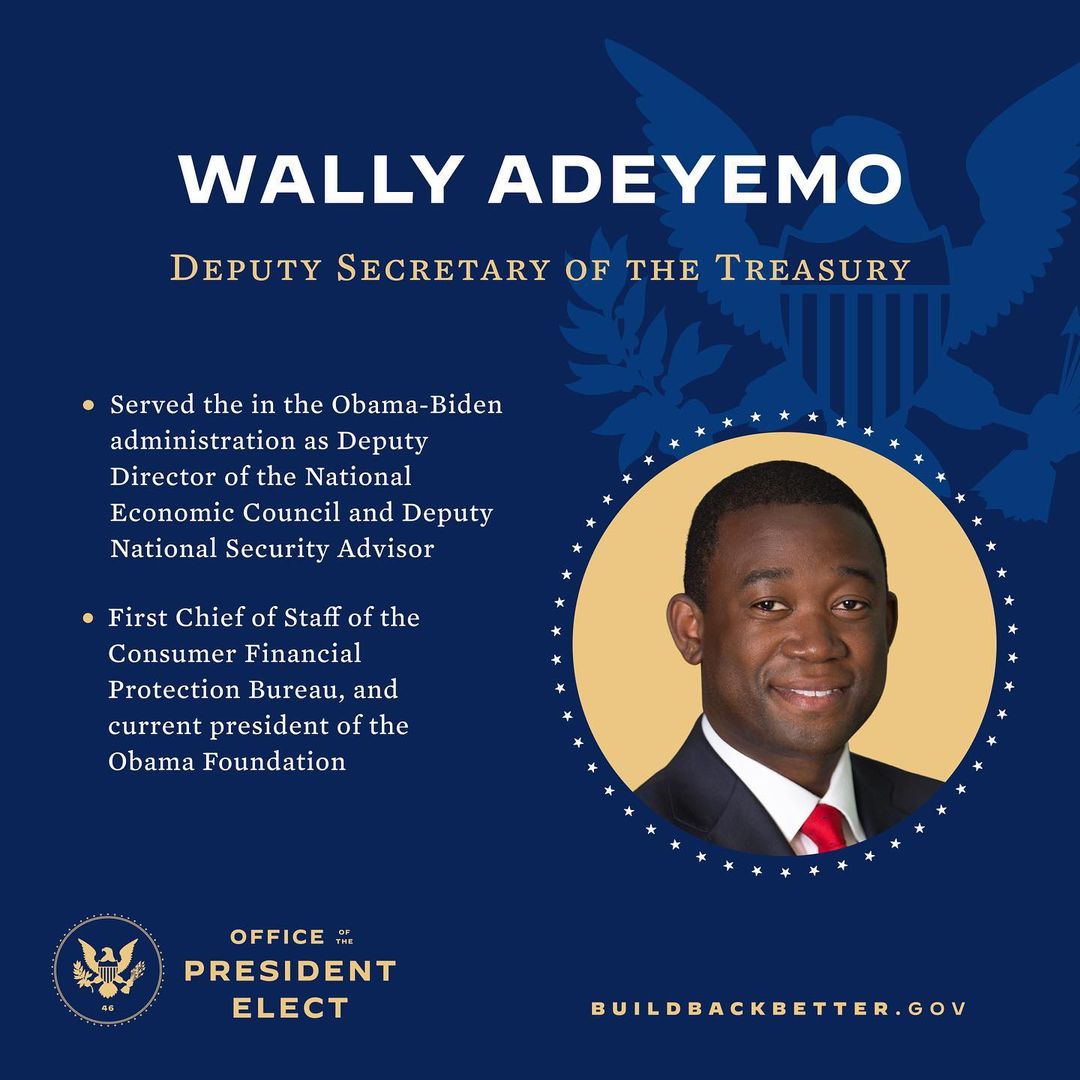 Adeyemo, a former deputy national security advisor and current president of the Obama Foundation non-profit, if confirmed would be the first African-American in that role.

He will serve under former Federal Reserve Chair Janet Yellen, who Biden plans to appoint to lead the US Treasury Department.

Born in Nigeria, Adeyemo was raised in California where he obtained a bachelor’s degree before proceeding to Yale Law School for his legal education.

Before his appointment into the Obama administration, Adeyemo worked as an editor at the Hamilton Project, then served as senior advisor and deputy chief of staff to Jack Lew in the United States Department of Treasury.

He later worked as the chief negotiator for the Trans-Pacific Partnership and also served as the first chief of staff of the Consumer Financial Protection Bureau under Elizabeth Warren.

He went on to become the first president of the Obama Foundation.

Nnamdi Kanu urges followers to be peaceful after bail denial