Okay.ng understands that Omashola now has 100 Bet9ja coins and the power to ‘save and replace’ anybody nominated for eviction this week.

This week’s Veto Power Challenge was a simple one of unlocking a padlock from one steel wire mesh and placing the unlocked padlock on a stool next to the table of keys. There were 33 padlocks locked on the steel wire mesh with their keys placed randomly on the table. All the Housemates were asked to do was pick one and open a padlock. The Game didn’t go long as expected as Omashola unlocked a padlock in record time.

Omashola was the first to unlock his padlock, he was closely followed by Mercy and Ike.

On Sunday, Venita was evicted from the house after securing low votes in the voting process last week. 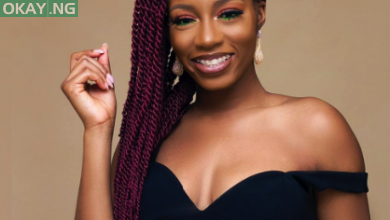 BBNaija’s Khafi speaks on ‘being pregnant’