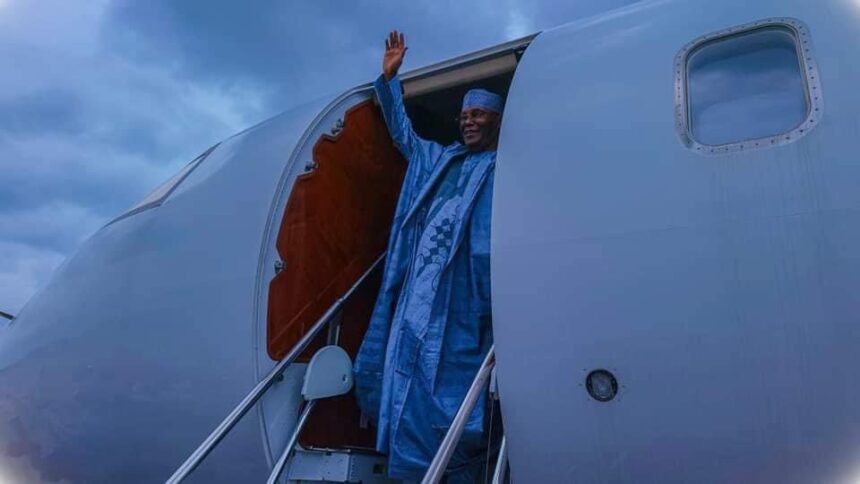 Okay.ng gathered that many excited people streamed into the Mahmud Ribadu Square in Yola, to welcome the presidential candidate who is also an indigent of Adamawa state; a visit which is his first since emerging as the flagbearer of the PDP in the presidential primaries held in Abuja.

Atiku during a speech at the event assured Nigerians that he has no other agenda but to serve the people.

If elected, he assured, will tackle the various challenges confronting the country and ensure that there is peace, progress, abundance as well as create wealth for the country.

Thousands of supporters of the All Progressives Congress (APC) in the state who decamped to the Peoples Democratic Party were received by Mr Atiku.

From the Yola international Airport he proceeded to the Lamido of Adamawa’s Palace for a courtesy call before heading for the mega rally where thousands of APC supporters, including two state lawmakers decided to defect to the PDP.

In his remarks, the national chairman of the PDP Iyorchia Ayu, while receiving the decampees, assured them a level playing ground.

Governor of Adamawa State, Umaru Fintiri, said PDP in Adamawa has delivered on its campaign promises and will do more.

Mr Abubakar, who started his address in Hausa dialect but switched over to English, appreciated the tremendous support he has been getting from the state, stressing that the event is not a campaign but to receive decampees.