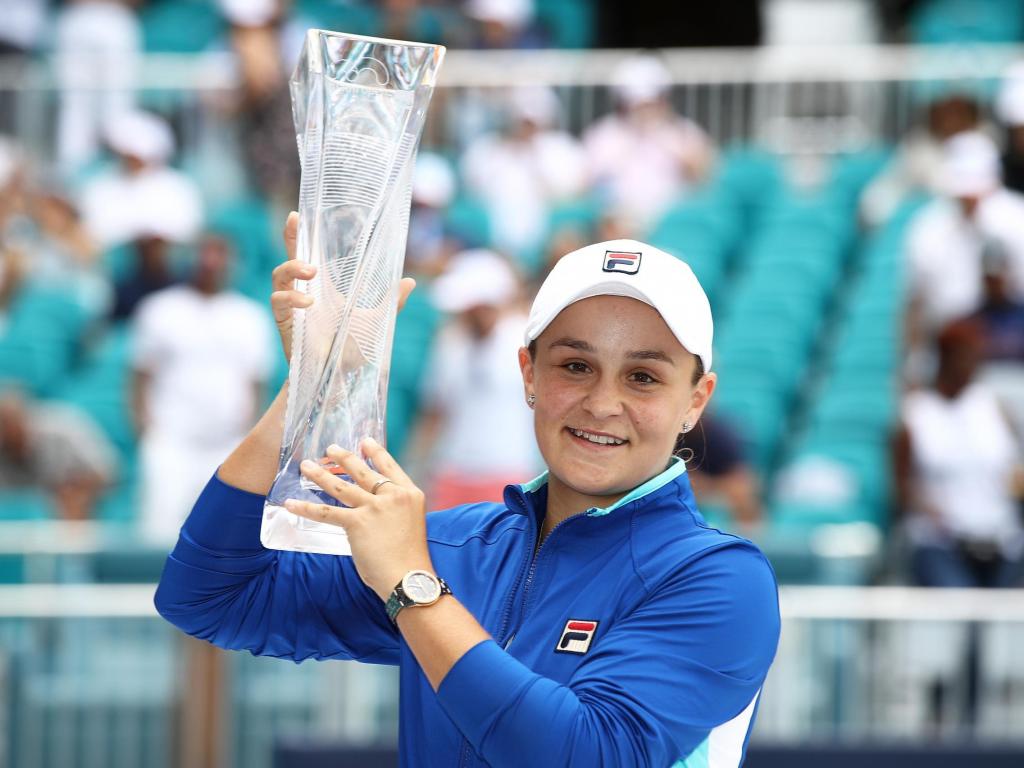 Ashleigh Barty defeated defeated Karolina Pliskova 7-6 (7/1) 6-3 to win the biggest singles title of her career at the WTA Miami Open.

The 22-year-old Aussie quit tennis five years ago after finding the mental grind of the tour too much to bear, turning to professional cricket in a bid to find sporting happiness.

Barty, however, knew she had the tennis skills to compete at the very top and after returning in February 2016, has taken her career to an elite level, culminating in her first-ever WTA Premier Mandatory title to follow on from the US Open doubles crown she won last September.

Barty, a junior Wimbledon winner at age 15, will rise from 11th to number nine in the world rankings and become the first Australian woman since Sam Stosur in June 2013 to crack the top 10.

“It has been a phenomenal two weeks both in singles and doubles,” said Barty, who lost a women’s doubles semi-final alongside Victoria Azarenka.

Barty hit 15 aces and 41 winners compared to 22 from an out-of-sorts Pliskova.

“I had to keep it physical, make as many balls as possible and keep my running shoes on,” Barty said.

Barty’s victory means that for the first time ever there have been 14 different winners in 14 WTA events so far this season.

Pliskova, who will rise to fourth in the rankings despite a disappointing final, badly struggled with her serve and movement, off the pace mentally and physically after reaching the quarter-finals or better in her five prior tournaments this year.

“I am very tired but Ashleigh came up with the goods today,” Pliskova said.

The 27-year-old Czech came into the final with 31 aces, most in the women’s draw, but she won only 65% of points on her first serve compared to 86% from Barty.

When the Australian double-faulted at 1-1 to hand Pliskova an early break, it wasn’t the start Barty sought and more errors in the following game allowed Pliskova to extend her lead.

Barty then began to settle down and crisply struck a forehand winner to breal Pliskova for the first time.

The Aussie started superbly in the tie-breaker, moving 5-1 ahead before Pliskova hit long to seal the set for Barty, who broke early in the second set to signal it would be her day.