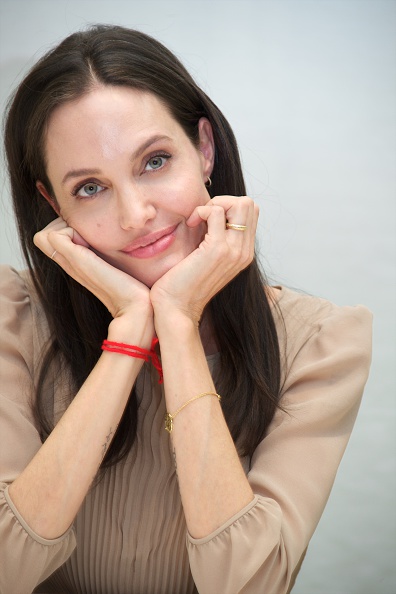 The Maleficent star has been named the face of Guerlain Parfumeur’s new fragrance for women. The collaboration between Jolie and the beauty brand came together in 2015 in Cambodia while the A-list actress was directing her film First They Killed My Father. Jolie’s affiliation of Guerlain has emotional roots, too, as it was one of her late mother’s favorite powders.

“We create perfumes for the women we admire,” said Jacques Guerlain in a press release. The scent, he said, was meant to express the idea of the “notes of a woman”: the choices, emotions and dreams that embody modern femininity. Jolie donated her entire salary from the Guerlain campaign to charity.

Jolie has remained relatively under the radar since filing for divorce from Brad Pitt . Aside from being spotted with her children, Jolie has kept projects to a minimum, with an exception to a video she
recorded for the International Criminal Court in support of a recent policy regarding children.

She and Pitt’s divorce process has been tumultuous over the past few months, but the two released a joint statement earlier this month to say they will handle the rest of the proceedings in private.

“The parties and their counsel have signed agreements to preserve the privacy rights of their children and family by keeping all court documents confidential and engaging a private judge to make any necessary legal decisions and to facilitate the expeditious resolution of any remaining issues,” the former power couple’s statement read (via
People magazine).

“The parents are committed to act as a united front to effectuate recovery and reunification.”