Legend said he and his wife were considering not turning up to the awards in solidarity with protesters who have taken to streets and airports against the measure. 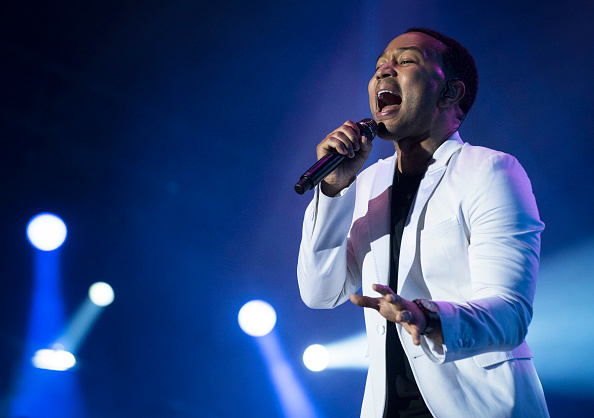 Legend, 38, was at the glitzy ceremony in Beverly Hills to represent the musical “La La Land,” in which he stars opposite Ryan Gosling and Emma Stone.

“We are the voice, the face of America. Our America is big, it is free and it is open to dreamers of all races, all countries, all religions,” Legend said as he introduced a clip to Damien Chazelle’s acclaimed movie.

“Our vision of America is directly antithetical to that of President Trump and I want specifically tonight reject his vision and affirm that America has to be better than that.”

Legend’s speech came after Trump signed a sweeping executive order to suspend the arrival of refugees for at least 120 days and impose tough new controls on travelers from Iran, Iraq, Libya, Somalia, Syria and Yemen for the next three months.

Since then, travelers from those countries have been stopped from boarding US-bound planes, triggering angry protests and detentions at airports.

“This is a film about love, about dreams and about this lovely city we call home, Los Angeles, California,” continued Legend, who has ten Grammys and an Oscar for penning the song “Glory” for the 2014 civil rights movie “Selma.”

“Los Angeles is the home of so many immigrants, so many creative people, so many dreamers, and those of us who work in this business have the privilege of shaping how the world perceives this country we love.”

Legend said he and his wife were considering not turning up to the awards in solidarity with protesters who have taken to streets and airports against the measure.

Instead, he said, he decided to make a donation to the American Civil Liberties Union.

“There’s a lot of money and power in this room and I hope you will use it for something good,” Legend added.

“Let’s all continue to stand up together for what is right.”